Briscoe heading to the pros after declaring for NBA draft. 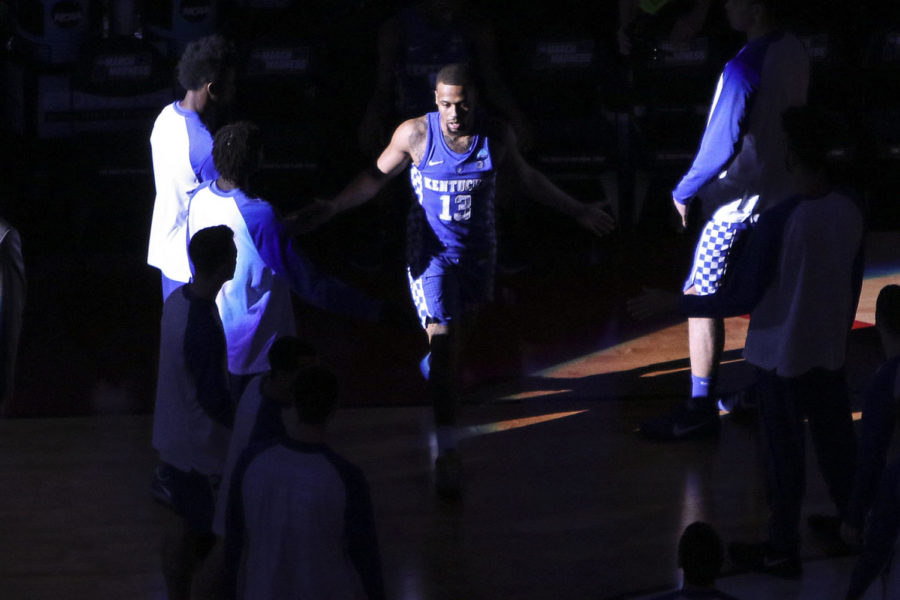 The fourth player from last season’s UK men’s basketball roster has declared for the NBA draft, as Isaiah Briscoe announced his intentions to go to the professional league Thursday morning.

Briscoe also announced that he would be hiring an agent, ending his two year career at UK.

“It was a dream to play in front of BBN and an honor to wear K-E-N-T-U-C-K-Y across my chest,” Briscoe said. “I’m ready for the next step and can’t wait to begin the next journey.”

The 2016-17 season was Briscoe’s best, as he averaged 12.1 points, 5.4 rebounds and 4.2 assists per game during his sophomore campaign. Briscoe’s best moment of the season came on Dec. 29, when he became the third UK player in history to record a triple-double, recording 19 points, 10 rebounds and 11 assists against Ole Miss.

Aside from the triple-double, Briscoe did not stuff the stat sheet night in and night out like De’Aaron Fox, or Malik Monk did, but Briscoe was an essential member to this team, and vital to the Cats’ success. His leadership on the court often helped guided the Cats to victories.

“Isaiah (Briscoe) is a winner,” UK head coach John Calipari said. “Physically and mentally he’s a pit bull with skills with the ball. We averaged nearly 30 wins a season over the last two years and Isaiah played a big part in all of them.”

Briscoe is now the fourth, and likely final player to leave the Cats for the NBA draft, as freshman Bam Adebayo, Fox and Monk declared for the professional league earlier in the week. Adebayo is the only one of the four to not hire an agent, leaving the door open for him to return to UK next season.