Director of journalism, media moving on 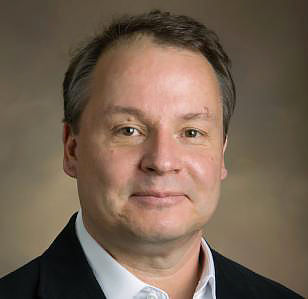 Three unit heads of the College of Communication and Information will step down this semester.

Lars Willnat, the recently appointed director of the UK School of Journalism and Media, announced in an email to faculty Wednesday that he accepted an endowed research chair position at Syracuse University.

Dean Dan O’Hair said he received the email sent to faculty this morning, and that he was appreciative of Willnat’s positivity in regards to his experience at UK.

“In academics, people come and go all the time, in fact it’s a sense of renewal for people to take new positions,” O’Hair said. “I’m very proud of those individuals that are moving on and taking these positions that they’ve been working hard to move up to.”

Willnat said he would not comment at this time.

Willnat and his wife, Annette, both joined the university in 2015, after a year-long search for someone to replace Beth Barnes, who served as director of the School of Journalism and Telecommunications for 12 years.

Journalism professor Mike Farrell was offered the position of interim director, according to journalism faculty.

Professor Elisia Cohen, department chair of Communications, accepted a position as director of the School of Journalism and Mass Media at the University of Minnesota earlier this year. Cohen’s work has primarily focused on public health.

Professor Alyssa Eckman, department chair of Integrated Strategic Communications, will also step down at the end of the spring semester.

Dean Dan O’Hair announced in a memo to ISC faculty in March that Chike Anyaegbunam, an ISC professor and the Director of Dissemination and Implementation Sciences Consortium, will serve as interim chair.