UK defeats South Carolina in second round of SEC Tournament 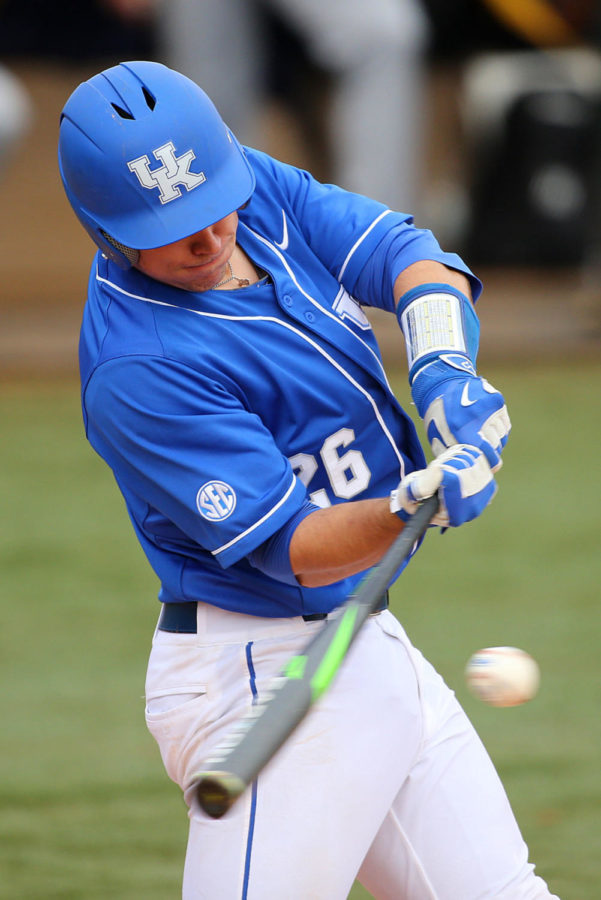 After a 7-2 victory over the South Carolina Gamecocks on Wednesday, the No. 3 seeded UK baseball team will advance to the second round of double-elimination play and face No. 2 seeded LSU at approximately 9 p.m.

The Cats had a big effort from the bullpen. UK utilized three pitchers in the game who each pitched three innings.

“The story of the game was the job that the bullpen did,” head coach Nick Mingione said.

The starting pitcher, left-handed junior Brad Schaenzer, walked three batters and allowed five hits in the three innings that he pitched. South Carolina took the lead in the top of the 3rd, and scored two runs after Schaenzer walked two and allowed two hits.

Zach Logue replaced Schaenzer in the top of the 4th inning and had an extremely strong outing after his tough start in Gainesville last weekend. Logue only allowed two hits and struck out four.

Freshman right-hander Chris Machamer had a stellar performance after he came in for Logue in the top of the 7th and allowed only one hit and recorded a strikeout and his first career save. His ERA is now 1.91.

With their first win since 2014 in the SEC tournament, the Cats came to Hoover, Alabama ready to play after their tough loss against the Florida Gators. Sean Hjelle will take the mound for the Cats on Thursday.