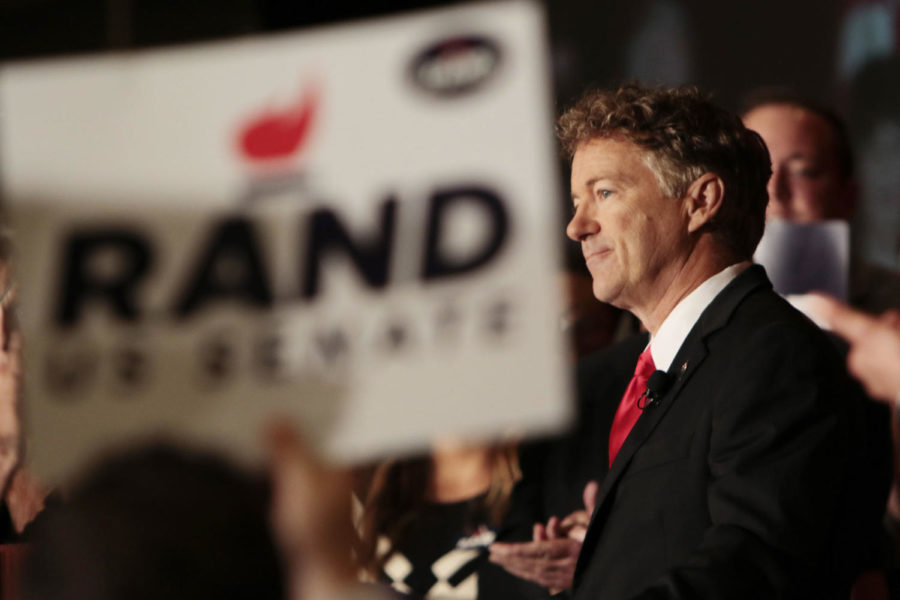 Sen. Rand Paul smiles during a speech thanking his supporters and reiterating his promise to them at his election party at the Galt House Hotel in Lexington, Ky., on Tuesday, November 8, 2016. The Associated Press called the Kentucky U.S. Senate race at 7:07 p.m. Photo by Joshua Qualls | Staff

When asked about a cancelled event at UC Berkeley involving a conservative speaker, Senator Paul proposed that Congress limit funds for universities that have only “one set of speech.”

“We should think about whether we should be sending money to universities that only have one set of speech,” he said. “There’s almost no diversity of thought in the public university realm.”

To read the full story in CNN, click here.