Another great week for burgers in Lexington 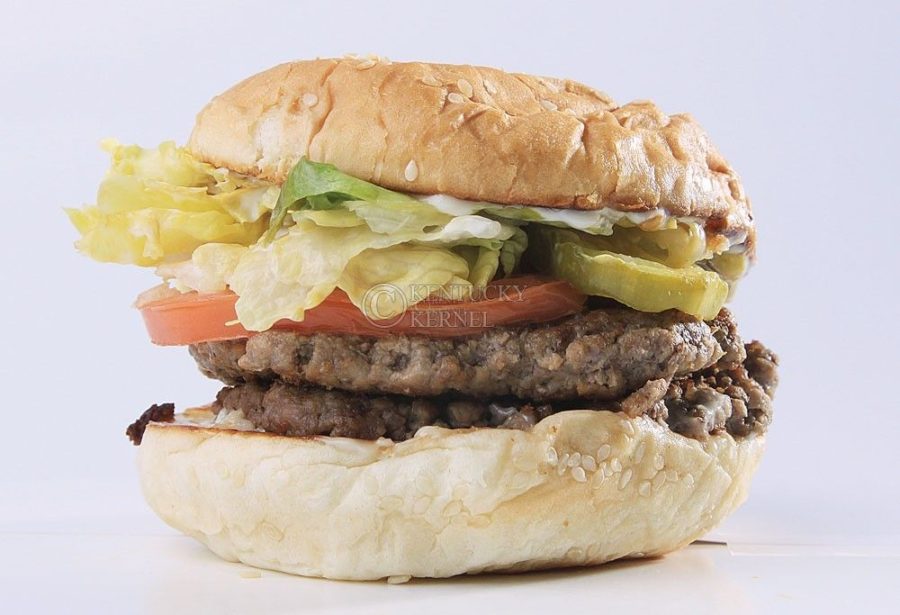 Burgers once again took over the city of Lexington for one week.

Last year, Smiley Pete Publishing started the tradition of Lexington Burger Week: For one week, restaurants around the city would add a burger to their menu for one week and charge only $5 for it.

More than 61,000 burgers were eaten during the 2016 Lexington Burger Week.

Kernel staff members had the opportunity to try a couple of the burgers and give their thoughts, ranking each burger on a scale from one to 10 for both creativity and taste.

Comments: The burger wasn’t that creative because it would be easy to find a similar burger once the week is over. However, the taste of the burger was phenomenal, as the beer cheese and the bacon complimented each other really well. To top it off, the pretzel bun was good as well, making this a tasty burger.

Comments: The Ham-Lette may be the juiciest piece of meat in town. A mixture of sauce and burger grease gave this sandwich a uniquely satisfying flavor. The duller taste of the raclette cheese amplifies the impressive flavor of the Kentucky beef, while the ham and potato pancake help to balance the burger. Stuck between two buns from Magee’s bakery, Real Burger’s Beefy Ham-Lette was a must-eat.

Comments: This burger, topped with, “cavatappi pasta with all natural sharp white cheddar cheese sauce,” was amazing. Initially, the mac and cheese seemed like it would steal the show, but the patty itself had an amazing flavor that alone would be worth having. Then throwing the mac and cheese on top of that, plus the smaller toppings of chopped bacon and jalapeños, made this a very good burger overall. It’s worth going back to Cheapside just to get a taste of the patty itself, even after Burger Week ends.

Comments: This burger was awesome. Chorizo sausage getting blended in with a traditional patty was an unfamiliar combination, but that made this burger phenomenal. Pepper jack was a good cheese choice for this burger, as the cheese’s flavor stuck out as well. The toppings of pico de gallo and crema con cilantro made this an overall awesome burger.