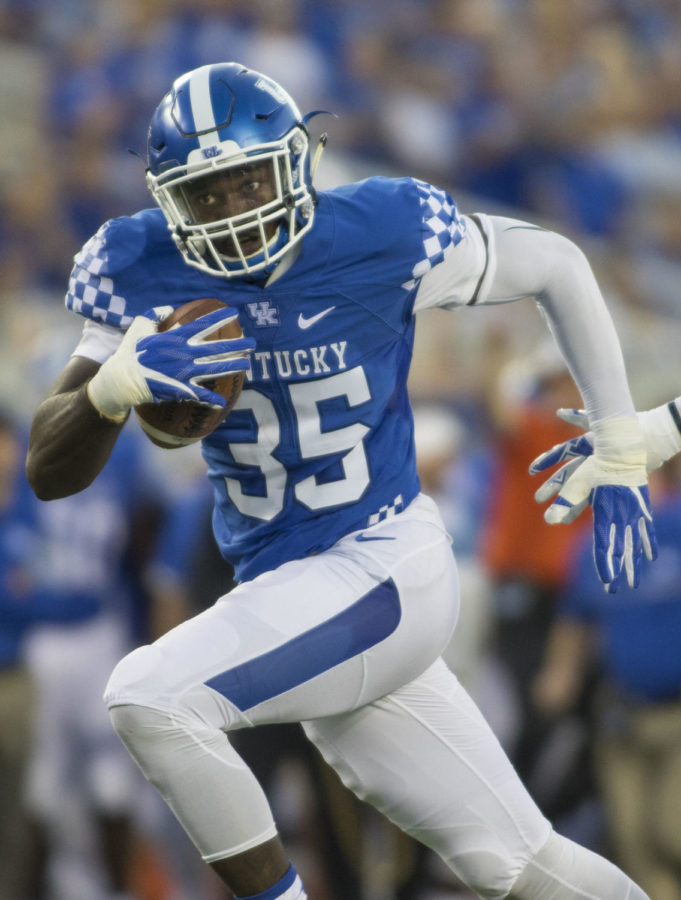 Kentucky defensive end Denzil Ware rushes to the end zone after sacking the quarterback during the Wildcat's game against the Southern Miss Golden Eagles at Commonwealth Stadium on Sept. 2, 2016 in Lexington, Kentucky.

On Friday morning after the annual SEC media days, the media preseason All-SEC teams were announced and UK football had three defensive players make the lists.

It was also revealed Friday morning that the Cats were projected to finish fifth in the SEC East standings, narrowly finishing behind South Carolina. Georgia, Florida and Tennessee (in order) were picked to finish in the top three of the SEC East.

The defense has usually been a glaring issue for the Cats, but they might be in good shape this season with all the preseason attention they’ve been getting by the media.

As for Ware, he has not been named to any award watch lists, but the junior linebacker is one of UK’s top returners from last season after finishing second on the team in total sacks (5.5) and tackles for loss (12).

No offensive and special teams players for UK were named to any of the All-SEC teams.

Alabama also set a record for the most media preseason All-SEC first team selections, with 10 players representing the Crimson Tide on the list.