Cole Mosier out for the season 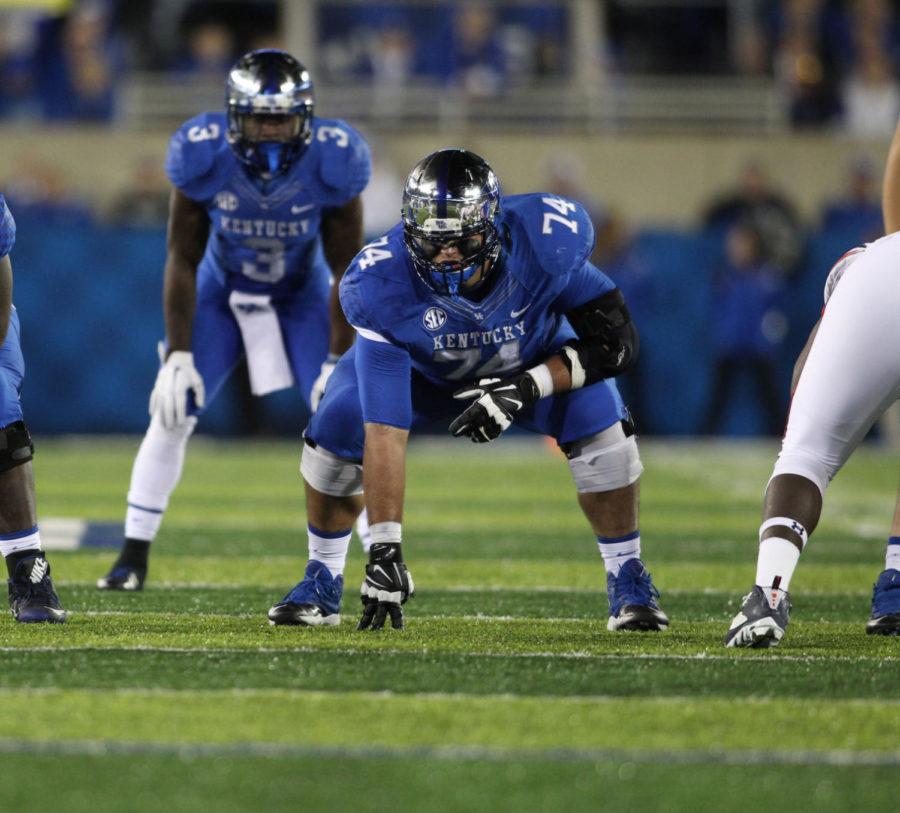 Cole Mosier plays in a game against Auburn in October 2015. Mosier tore his ACL in a scrimmage last Saturday and is out for the season. Photo provided by Chet White | UK Athletics

The UK football team announced Monday afternoon that starting left tackle Cole Mosier will miss the rest of the season after suffering a torn ACL in last Saturday’s scrimmage.

“We’re extremely disappointed about Cole’s injury,” Mark Stoops said in a press release. “He has been with us all five seasons we’ve been at Kentucky. He helped set the example of hard work that is the theme of this program, as he came in as a walk-on and earned a scholarship. We know Cole will continue to support his teammates this season and we wish him the best in his recovery and in the future.”

The injury comes in Mosier’s final season of eligibility, meaning his career at UK is over. Landon Young is expected to fill in the starting left tackle spot now that Mosier is done for the season.

Mosier said in a press release that his surgery will take place on Thursday, and he hopes to recover in time to participate in UK’s Pro Day in March.

Mosier started 10 games at left tackle last season, where he was a member of the offensive line that reached the semifinalists for the Joe Moore Award, which recognizes the nation’s Most Outstanding Offensive Line.

“I want to thank Coach Stoops and Coach Schlarman for everything they’ve done for me. I also want to thank the Big Blue Nation for their support. Coming here as a walk-on and then earning a scholarship was a dream come true. I’m going to continue being around the team to cheer them on and help the team as much as I can,” Mosier said.