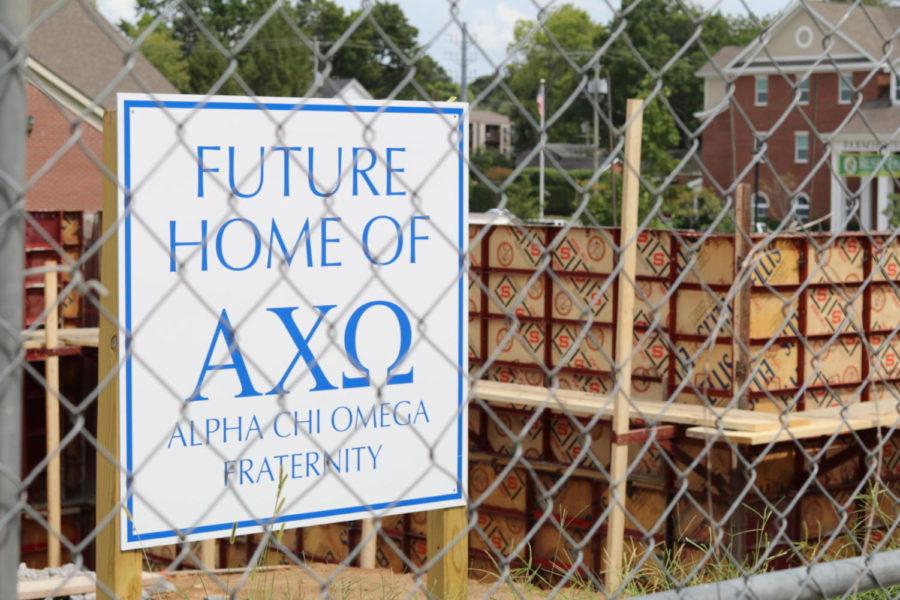 The organization was established on UK's campus in 2015. Just last year, AXO received a new sorority house located off Columbia Avenue. Prior to receiving the house, they were borrowing venues and other sorority and fraternity houses to host their sorority-wide events.This photo taken Thursday, Aug. 24, 2017, shows their house under construction. Their house is now completed. Chase Phillips | Staff

UK students are used to constant construction on campus, but there is excitement within the Greek community as the Panhellenic Council and Interfraternity Council communities are growing.

Kappa Kappa Gamma broke ground during the summer, and the house should be finished by fall of 2018.

Both Beta and Kappa plan to be recruiting out of their new homes in Fall ’18.

Even though both of these chapters will have the newest homes on campus, neither believe this will affect potential new members’ decisions or affect recruitment as a whole.

“I just hope that it betters the chapter experience, even though we are further off campus,” Kappa Kappa Gamma President Amanda Randall said. “For us it is worth it.”

Beta Theta Pi members are excited to have their own place to call home.

“It will be a tool to have the space, and make it a little easier to recruit out of our own house,” Beta Theta Pi President Riley Grant said.

Each chapter is handling funding in a different way.

Beta fundraised through a capital campaign, where money was donated by alumni and parents. The chapter itself donated the most money to the campaign with a large sum of $150,000.

“We raised that through our dues, and before that was a thing there was a side pot where they were raising money when we were re-founded in 2010,” Grant said.

The new Beta Theta Pi house will be located near “Greek Park.”