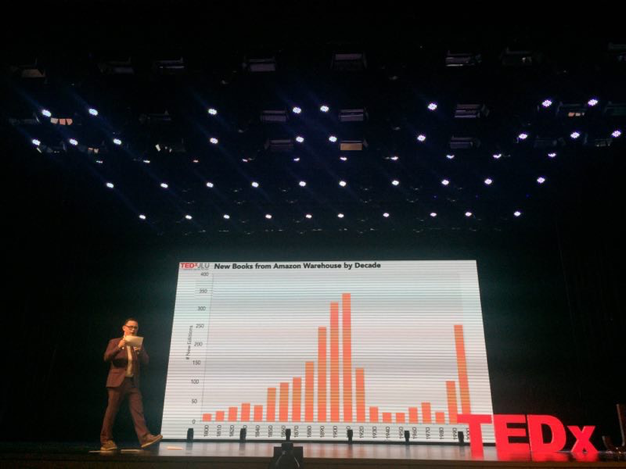 A UK law professor gave a TED Talk at Jilin University in Changchun, China in June.

Brian L. Frye, Associate Professor of Law, received the opportunity to travel to China this summer to teach at multiple schools and universities about United States policies.

Twelve UK professors, including Frye, traveled to Changchun to teach at Jilin University. The professors were from many different colleges and programs, including chemistry, philosophy, rhetoric, journalism and communications.

Frye taught a class on United States intellectual property law from May 15 to June 2, which consisted of six two-hour long classes. Frye also prepared an open-source reader for students to follow along with the class that can be found here.

After teaching these classes, Frye traveled to Shenyang, where he gave talks at Northeastern University School of Law and the Shenyang Conservatory of Music. While there, he also presented the film he co-produced, “Our Nixon,” at the U.S. Consulate in Shenyang.

The UK Confucius Institute and Jilin University asked the professors traveling to China to propose a TED talk topic related to “extremum,” which is a mathematical term referring to the maximum or minimum value of a function. Frye’s proposal was selected, and he spoke to more than 500 students, along with five other speakers. He was the only speaker from the U.S. and the only one that spoke in English.

Frye took the suggested topic of extremum and compared it to innovation and intellectual property.

Frye said that the talk was well received from students and other professors, but he believed that some did not agree with some of the points that he made.

But overall, Frye believed that everyone appreciated hearing about alternative perspectives about U.S. policies and Chinese policies. Frye was also surprised that the U.S. Consulate sponsored talks in arguments that are not necessarily consistent with U.S. policy.

“I think it was helpful for them [China] to see that the US government promotes a wide range of differing ideas, including people with ideas that differ from official government policy,” Frye said.

His TED Talk can be viewed here.