Underground UK: Turn alternative music on and conventional music off with WRFL 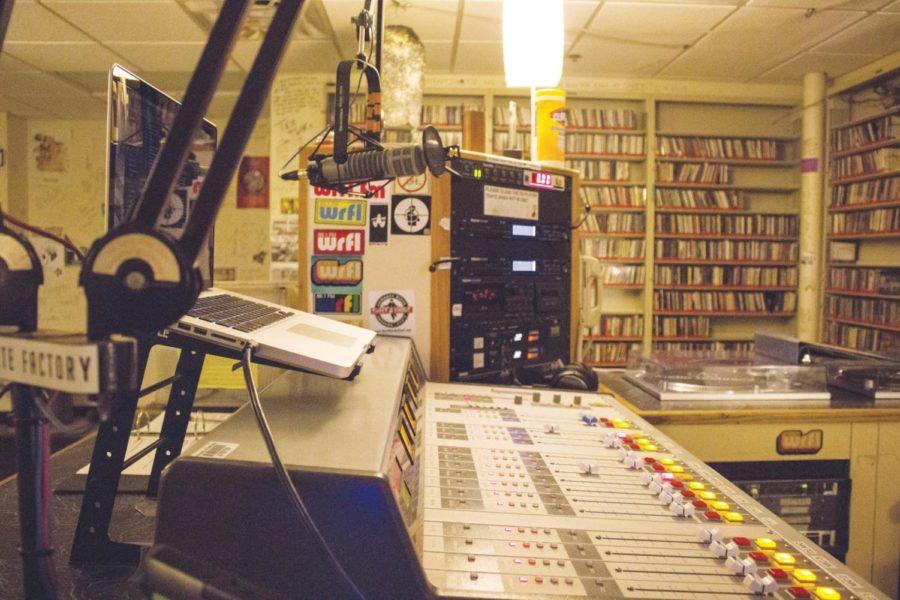 Radio Free Lexington is a student run organization at the University of Kentucky with a mission to provide professional radio training and management and offer its listeners with music, news and other programming. Taken Sunday, March 5, 2017. Photo by Arden Barnes | Staff

In true radio fashion, it is becoming nearly impossible to flip through radio stations without hearing the same two songs on repeat.

“Despacito” by Luis Fonsi featuring Justin Bieber and Demi Lovato’s revenge track “Sorry Not Sorry” are staples that are overplayed on radio stations across the country.

However, WRFL is working to provide an alternative to the mainstream media broadcasted around Lexington.

Located in the basement of Whitehall, the college radio station plays anything from rock to jazz to funk.

The slogan “Your only alternative left” enhances the stations mission statement of not playing music that has been on the top 40.

Since 1988, WRFL has played non-stop music 24 hours a day, 365 days of the year without interruptions with a human in the studio at all times.

WRFL has over 10,000 items in the studio and double that in storage.

“If you were to play all the albums through 24/7, 365 you wouldn’t be able to listen to all our music in your lifetime,” said Maya Collins-Paterson, WRFL General Manager.

Working to foster creativity and art in the Lexington community, WRFL allows up and coming bands to play and speak about their music during sets.

Students can find more information about these bands on the blog section of WRFL’s website which features bios, upcoming concerts and reviews of bands.

The radio station also hosts free concert series such as the Sunburn Series which featured four bands throughout the summer and on Oct. 8 through Oct. 14 WRFL will be hosting a weeklong event called Queerslang celebrating the LGBTQ community.

To become a new DJ, students will have to attend a “DisOrientation.” The appropriately named opposite of conventional orientations are held throughout the semester and provide prospective students with free food and information about volunteering at the station and becoming DJ’s.

After this there are three training sessions, four studio observations and a written test.

Besides podcasts, WRFL also has genre shows throughout the week such as “Old School Hip-Hop,” “Good Vibrations” and “The Weekend Wave” on Friday. A unique thing about their radio station is that DJ’s also have the creative freedom to create shows based around them.

For example Aug. 29, 2017 was the one year anniversary of “Colonel Kisling’s Sound Brigade,” so anniversary songs were played throughout the show such as “Another Year” by JoJo Mayer & Nerve and “Anniversary” by The Cure. Finally, a news segment called “Democracy Now!” occurs between 9 and 10 a.m. Monday through Thursday.

So the next time you are in the car or simply just want something to listen to during a long study session, turn WRFL on and conventional music off.