No. 3 run defense in college football embarrassed on their own field 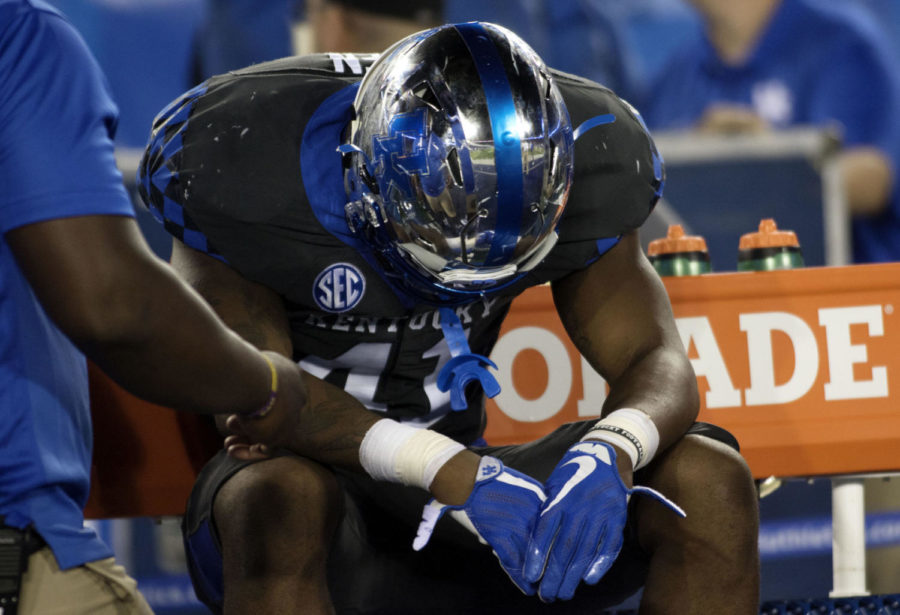 Florida’s offensive game plan during the last six minutes of their 28-27 victory over the UK Wildcats on Saturday was simple: run it straight at the No. 3 run defense in the nation.

This resulted in 186 rushing yards, three fourth down conversions and a 100 percent scoring rate inside the red zone. The Cats had an inability the entire game to stop the run.

While fans may remember the two miscues that ended in Florida touchdowns, it may be even more important to remember how the Gators got in position to make those plays. Star running back Malik Davis had no problem cruising through the UK defense in the fourth quarter, racking up 60 of his 93 total rushing yards in the final period.

In his press conference after the game, UK head coach Mark Stoops admitted that the Cats’ defense wore down on the last few long drives by Florida.

“We talked about that all week, starting Monday, about keeping your energy, because it was going to be 60 minutes.” Stoops said. “And this one went down to the last seconds, and we knew that

This highly touted run defense wasn’t able to do much to break Florida’s momentum, allowing more run yards in this game than they’ve allowed all season. The once-mighty defensive line struggled to get through the vicious blocks of the Gator offense, only sacking the quarterback once and allowing the Gators to average 5.2 yards per rush.

What does this mean for the future of the Cats? If they can’t stop Florida’s offense, which has been described as every word for “lackluster” this season, then they’ll struggle mightily against an opponent like Georgia’s running back Nick Chubb, who is already off to a hot start this season.

With this game in the rearview, the Cats will try to reclaim their honor and respect against Eastern Michigan next week, but this loss will sting for a while.

“They played well enough to win the game and I appreciate their effort and I got to do a better job in certain areas to put us in a position to win.” Stoops said.

It’s pretty safe to say the Cats no longer have the No. 3 run defense in the nation.