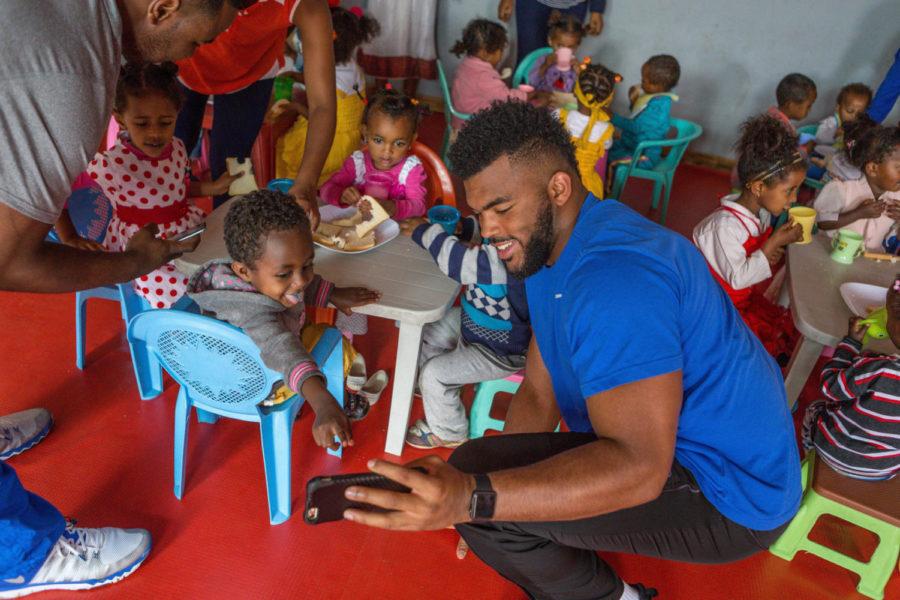 In May of 2016, Love was chosen to go to Ethiopia where he helped build houses and deliver food to impoverished families. Photo provided by UK Athletics.

UK football linebacker Courtney Love, known for his talent on the football field and work ethic in the community, has been named to the Allstate AFCA Good Works Team.

“I’m so proud of Courtney,” head coach Mark Stoops said in a press release. “He exemplifies everything you’re looking for in a student-athlete. The fact he’s being recognized on a national level doesn’t surprise me because of the way he serves other people. “

The team was selected by the Allstate Insurance Company and the American Football Coaches Association. Love is one of 11 college football Bowl Subdivision players to be named to the team.

Love was previously named to the 2016 SEC Community Service Team, and has been nominated for several other national awards relating to community service.

The members of the Good Works Team are also invited to the 2018 AllState Sugar Bowl, where they will participate in a special community service project and get recognized at halftime.