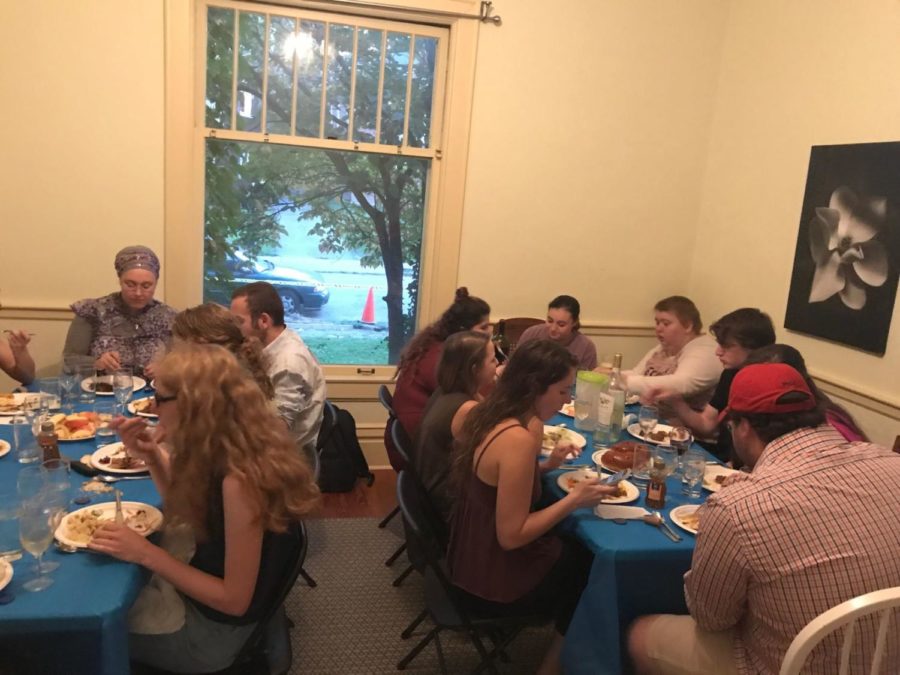 Rosh Hashanah, the Jewish new year, began Sept. 20 at sundown and lasts through nightfall on Sept. 22.

UK Hillel hosted a dinner for students to gather and celebrate the holiday, which marks the anniversary of when God created Adam and Eve, according to Chabad.org.

She said Hillel students typically go apple picking to celebrate the new year. This year, that event was pushed back and will happen in a couple of weeks.

“But it’s still in the spirit of Rosh Hashanah,” Lyons said.

Lyons said she personally celebrates by calling her family, then eating “a lot of apples and honey.”

Eating sweet apples and honey signifies the kind of year the celebrators wish to have, according to Chabad.org.

The Jewish new year does not coincide with the calendar’s New Year’s Day because the Jewish calendar is different. Rosh Hashanah is the first two days of Tishrei, the first month of the Jewish year, which normally falls in September.