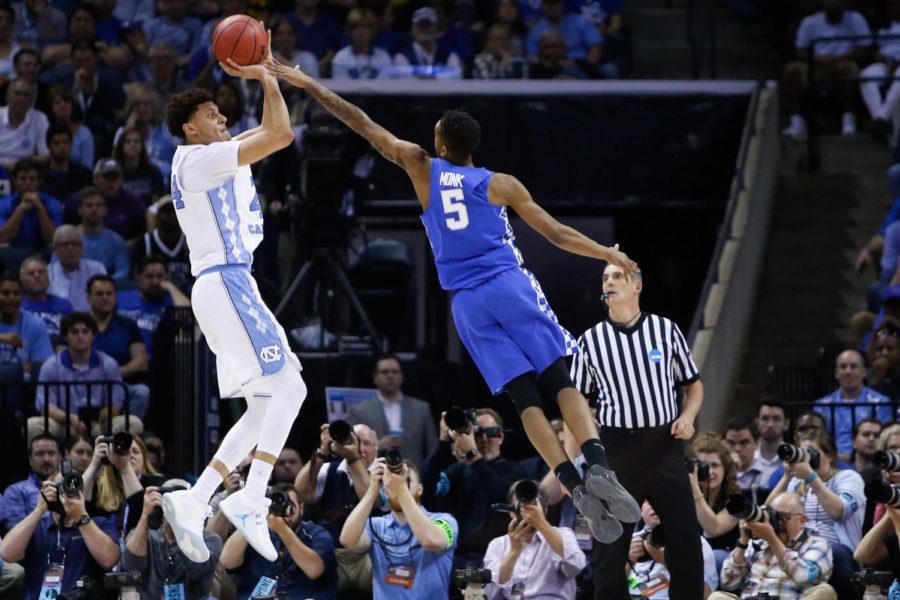 Jones founded KSR, and Franklin is a regular contributor.

KSR’s website describes itself as an outlet that brings UK basketball, football and recruiting news “in the most ridiculous manner possible.”

The Athletic attached a file of the complaint, which can be found here.

The lawsuit includes counts of intentional infliction of emotional distress, invasion of privacy, tortious interference with a business relationship or expectancy and civil conspiracy.

The lawsuit calls for an award of damages, with the amount to be decided at trial, and prohibiting the defendants from engaging in the conduct described in the complaints, among other requests.

The lawsuit describes the Elite Eight game during the 2017 NCAA tournament, which Higgins officiated along with two other referees. UK lost to North Carolina on a last second buzzer-beater shot, with a score of 75 to 73.

Head coach John Calipari criticized the officiating of the game, the lawsuit said.

“Immediately after the game, Mr. Higgins was already under attack at KSR,” the lawsuit reads.

It claims that KSR, whether directly or indirectly, encouraged what came next: Higgins’ business received “death threats and defamatory messages in the thousands,” which led to a disruption in Higgins’ business.

While KSR members did repeatedly say they did not condone what UK fans were doing to Higgins and his business, they did feature the comments on their website and show.

The lawsuit details the feedback Higgins received, including screenshots of graphics and the text of comments.

The lawsuit claims that the vast amount of phone calls to Higgins’ business resulted in a loss of business and income for Weatherguard. He also received death threats, the lawsuit said.

Jones seems to have heard of the lawsuit first from The Athletic; when it asked him for comment, he said he was unaware of the lawsuit.

So John Higgins is suing us apparently https://t.co/gv5WUVa1DZ

He later put a statement on his Twitter account, which has the handle at @KySportsRadio: “The Higgins lawsuit against KSR is frivolous and without any legal merit whatsoever. We will defend it and expect a favorable result quickly.”

Jones has previously shared online that he himself is a lawyer.