Opinion: The media should stop worrying about UK in U of L’s FBI scandal 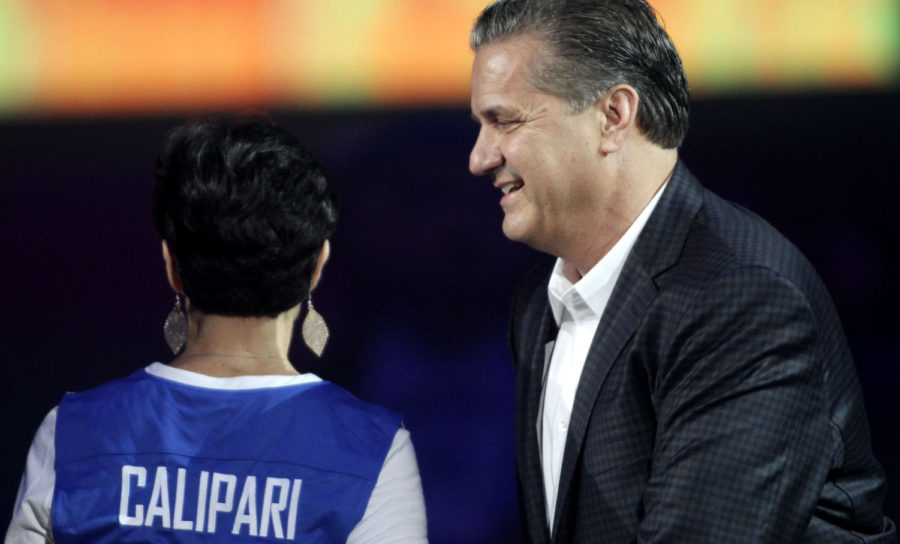 Now, being a month apart from the first scandals from the FBI, why is the Big Blue Nation so nervous about Kentucky being involved?

By now, we have all seen the 30-second clip of the Lexington Herald-Leader writer, Jerry Tipton’s comment to head coach John Calipari, saying “this is media day, not coach day.”

Cal’s comments are being considered worrisome to fans.

As a journalist, Tipton has the right to ask questions like that, but why worry about Calipari avoidance of the issue?

Only being a few weeks away from the start of the season, this scandal has consumed all media outlets, and people like Calipari are sick of it. It’s time to worry about the team and the upcoming journey to the Final Four, but people are talking about a scandal that doesn’t involve Kentucky. After seeing the athleticism at Big Blue Madness, Hamidou Diallo’s max vertical should be the headlines, not another team’s scandals.

Since the beginning of his coaching career, Calipari has been on a radar for many reason. It all started at the University of Massachusetts where the best thing turned into the worst thing.

Marcus Camby, his first star recruit came to UMass and changed the culture in the right way for the coach. In his last year at UMass before the NBA draft, he secretly accepted money from two agents and the ordeal caused UMass to lose its 1996 Final Four win. Although, Calipari probably didn’t know what was going on, like Pitino, it happened during his program.

Not only is the athletic association not worried, two out of the three number one picks have spoken out about the idea. Both John Wall and Karl-Anthony Towns have come out and gave ease to the fans about their years at UK.

“If you are the No. 1 guy or the top guy, you’re going to have guys come at you. But you have to be smart about it… If you don’t have any money and have been poor your whole life, another eight months won’t hurt,” Wall said to CSN Mid-Atlantic.

“I’m very, very fortunate to have had a very good time in college and be with a great school and doing the right thing,” Towns said to ESPN.

If these quotes don’t help you, I don’t know what to tell you. Also if that isn’t well enough for you, during “coach’s day,” many players were interviewed on the topic, and no one cracked. It got to the point where Kevin Knox was told he “needed a better agent.”

Lastly, would you think the FBI would start with the big programs? Would have Duke and North Carolina been in the Mix? I know worrying is human nature, but worry about the next football game and more important things.