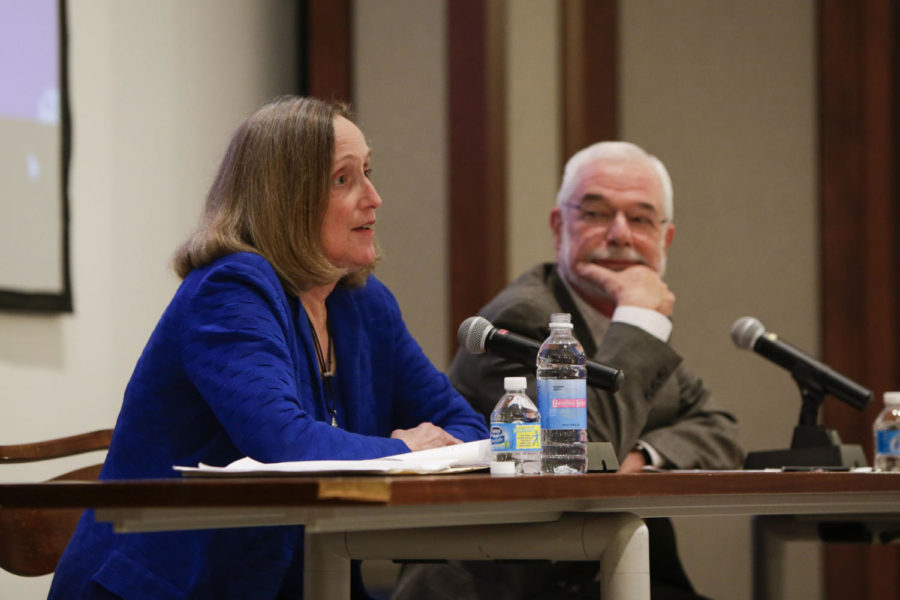 The idea of an informed public is as important today as it was in 1971, when the Pentagon Papers were published.

Silha Center for the Study of Media Ethics and Law Director Jane Kirtley and Free Speech Project Director Sanford Ungar reflected on the Pentagon Papers at a panel event hosted by the UK School of Journalism and Media on Tuesday evening.

Kirtley and Ungar reflected on the value that New York Times Co. v. United States placed on freedom of speech, and how vital it is to remind Americans about the damage the government can have on leaks and journalists through the Espionage Act of 1917.

Interim Director of the School of Journalism and Media Mike Farrell, opened the discussion by reminding the audience of the devastating value the Vietnam War had on every American life.

While it may seem “like a chapter in a history book” to some, he said, “it was a bitter time of history in the United States.”

The Vietnam War was one of the most controversial conflicts in American history. By revealing the information contained within the Pentagon Papers, the New York Times, Washington Post and others gave voice to the numerous grievances of the American people.

When the United States government went to the Supreme Court on grounds of prior restraint, Ungar said “a lot of us thought that the First Amendment was in danger.”

Ungar, a graduate from Harvard and writer for the Washington Post, said it was a scary time for the Constitution.

“We depend on government officials to help us understand the truth,” Ungar said, noting that the media also keeps the public informed.

Kirtley, who delivered the State of the First Amendment Address in 2008 at UK, said that national security depends on the free press, not government.

Both Kirtley and Ungar acknowledged the impact of First Amendment rights that the Pentagon Papers had, but both agreed the case left a large question unanswered: What happens to the journalists and leakers responsible for informing the public, even with the disapproval of the federal government?

Kirtley said the Espionage Act of 1917 was used more heavily in prosecuting people during the Obama administration than in any other recent period in history. She said citizens must be aware that their First Amendment rights could be changed.

“We have to remain vigilant,” she said.