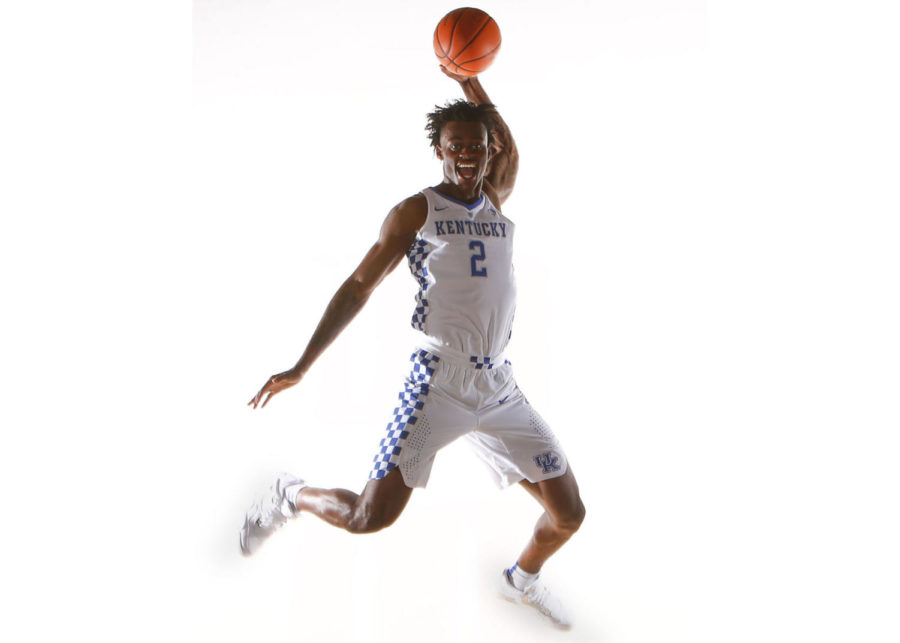 For the first time since suffering injuring his foot, UK freshman Jarred Vanderbilt and others spoke to media about Vanderbilt’s injury and how it affects the team.

Vanderbilt was expected to undergo surgery and return in January, but head coach John Calipari said he wants to make sure that Vanderbilt needs surgery before making that decision.

“They’re going to re-evaluate here in another week or so and then figure out where to go,” Calipari said. “It would be am unbelievable blessing for him or us if he were able to start coming back to play.”

While Calipari desperately wants Vanderbilt back on the practice courts, he said that decision is out of his control.

“You let the doctors and the experts deal with that and they wanted to look at it a little bit more before they made a decision,” Calipari said.

Regardless of what the doctors decide, Vanderbilt will miss some amount of game action to start the season. Vanderbilt was expected to be one of the better and more versatile players on the team.

However the situation isn’t all-negative in Vanderbilt’s eyes, as missing time on the court gives him the chance to catch up on the playbook and get a head start on film.

“There’s also some pros to it, I get to watch from the outside, just watch film and kind of study the plays and stuff,” Vanderbilt said.

The players are also trying to look at Vanderbilt’s injury from a positive viewpoint. While they’ll be missing him on the court to start the season, they also look forward to getting a secret weapon when Vanderbilt returns.

“It’s going to be great for him, because they won’t be able to scout him, and they won’t know what he does well like we do,” Washington said.

Vanderbilt will definitely make an impact whenever he does return, but in the near future, the Cats will be hurting without him.

Vanderbilt was considered one of the more versatile players on the roster, and without him, Calipari has had to make some lineup adjustments.

Vanderbilt’s absence also makes the Cats more vulnerable in the post, as the freshman was viewed as one of the better shot blockers on the team.

“This shot blocking team we were going to be changes with him, because he may have been our best shot blocker,” Calipari said.

The good news about Vanderbilt’s injury is it isn’t season-ending at the moment, and the freshman forward should get his chance to make a splash on the college basketball scene sometime this season.

Until that moment comes though, Vanderbilt is confident that the Cats will be just fine.

“I think we have a lot of guys that fill the same role that I do, so I feel like we should good to start the year off,” Vanderbilt said. “They should hold the fort down until I come back.