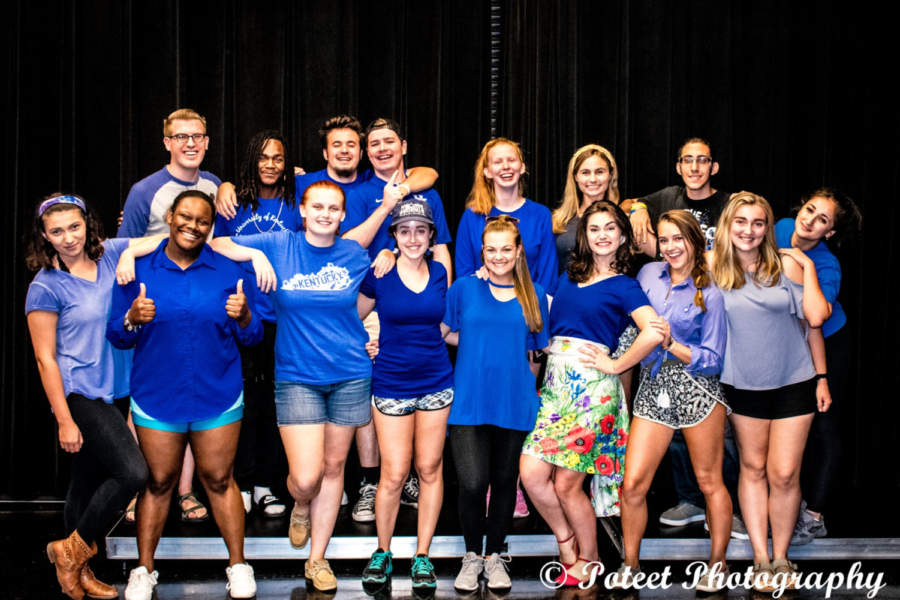 Improv comedy is like a duck on a skateboard.

At least, according to WildKat Komedy’s Drew Davidson it is. WildKat Komedy is a new improv organization that is attached to the College of Fine Arts. Davidson, who is an instructor in the college, put the group together.

Improv comedy is performed without a script and often without props, so players come up with their act in front of the audience. Good improv must be spontaneous and entertaining, like a duck on a skateboard, Davidson explained.

“If that duck then proceeds to do ollies, ramps and he’s like doing crazy tricks,” Davidson said. “Then it’s even more exciting. The great thing about improv is, even if it’s not that good it’s still really like, ‘What! They’re really making this up on the spot. I can’t believe that.’”

WildKat Komedy plans on creating a new improv troupe every year. The troupes are made up of fine arts students who choose to take an improv class. Davidson said students have to audition to join the class.

This year’s troupe, the Skittykitties, plan to perform on the second Tuesday of every month at 5 p.m. in the Lucille Little Black Box theater. Their next performance, titled “Mocktoberfest,” is Tuesday, Oct. 10.

Davidson promised that the audience would receive a free show, free food and most importantly, free laughs.

“We’re not afraid to be stupid on stage,” Katie Gaffin, a member of the Skittykitties, said. “That’s what’s really exciting about it. Because, with the audience, you’re trusting them to let them see you fail. That’s just what’s really special about improv.”

Gaffin, who is a junior english and theater major, said the audience plays an important role in the comedic process.

“Sometimes it’s not about always going for the joke,” Gaffin said. “Sometimes it’s about setting up the scene and just bringing the audience along with you. Because if you start out at this place of weirdness and craziness they’re not going to get the joke because it’s just not going to land, but if you start from a place of normalness and you kind of bring them along with you then it’s going to be really funny.”

Davidson agreed and said their goal was not necessarily to make the audience laugh, but to portray truth on the stage. He said an improv routine can often have a “heartfelt” or “truthful moment on stage that does not necessarily have to be funny.”

“Sometimes, the best comedy comes from a truthful moment,” Davidson said. “We’re going for truth, not comedy. Comedy is a byproduct.”

Maybe there is truth in skateboarding ducks. Go check out their show on Tuesday night to find out.