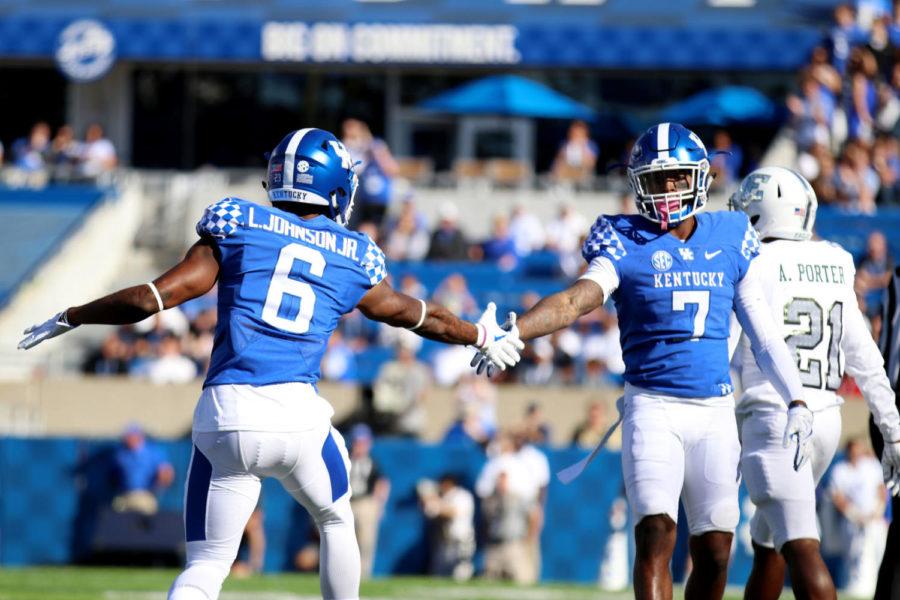 In their final game before their bye week, UK Football will face the Missouri Tigers in an SEC showdown at Kroger Field on Saturday night.

Before the game, the Kernel’s sports staff sat down to discuss some story lines heading into the game. See what they had to say below.

Austin MacGinnis is just eight points away from being UK’s all-time leading scorer. Does he get it in this game?

Chris Leach, sports editor: I think he does. Two field goals and three touchdowns isn’t a crazy goal going against a defense that gives up 40 points a game. MacGinnis has struggled to get the longer kicks to go through the uprights, but if he can improve in field goals 50 yards or longer, MacGinnis has a shot at breaking the record on Saturday.

Chase Campbell, assistant sports editor: Not quite. As Missouri struggles to find a team identity, UK will score touchdowns instead of field goals. MacGinnis will get closer to one point per drive than three, and I don’t think UK is getting eight touchdowns.

UK has struggled to convincingly beat lesser opponents at home (EKU, Eastern Michigan). What’s it going to take for UK to open up the scoreboard against Mizzou?

CL: Not playing conservatively after gaining a lead. Everytime UK gets over a 10-point lead against opponents, they run down the ball to drain the clock. While draining the clock can be a good strategy, it hasn’t proven to be effective in putting games away. UK builds those leads by a mix of running and passing, and if they want to open up even bigger leads against opponents, that’s what they need to do.

CC: Passion and physicality. However much Mark Stoops wants to deny it, this team has played to their competition so far this season. It’s not that they’re playing the game incorrectly or they don’t have the energy to execute against lesser teams, it’s that they simply haven’t. They can’t keep playing with fire like that, or they’re going to be embarrassingly burned.

What’s the biggest challenge Mizzou has to offer?

CL: Their passing game. Missouri’s defense isn’t good, and they have a good running back in Damarea Crockett, but UK’s rushing defense ranks third nationally. Drew Lock is a good quarterback for Missouri, as the Tigers average 85 more passing yards per game than the Cats.

CC: Their air attack. While UK’s secondary is good at creating turnovers, their ability to defend big plays on a consistent basis has been lackluster. Florida was able to have two plays with wide open receivers and it broke the Cats. Missouri has a quality quarterback and fast receivers that can handle several catches a game.

CL: This feels like a game UK should win convincingly, but Missouri’s passing attack, and UK’s consevative play will keep the Tigers in the game. UK still wins though 34-27.

CC: UK finally gets the memo and takes control of their own game, instead of winning at the other team’s. They win 28-6.