Make room and Move Over for Mayeur solo exhibition 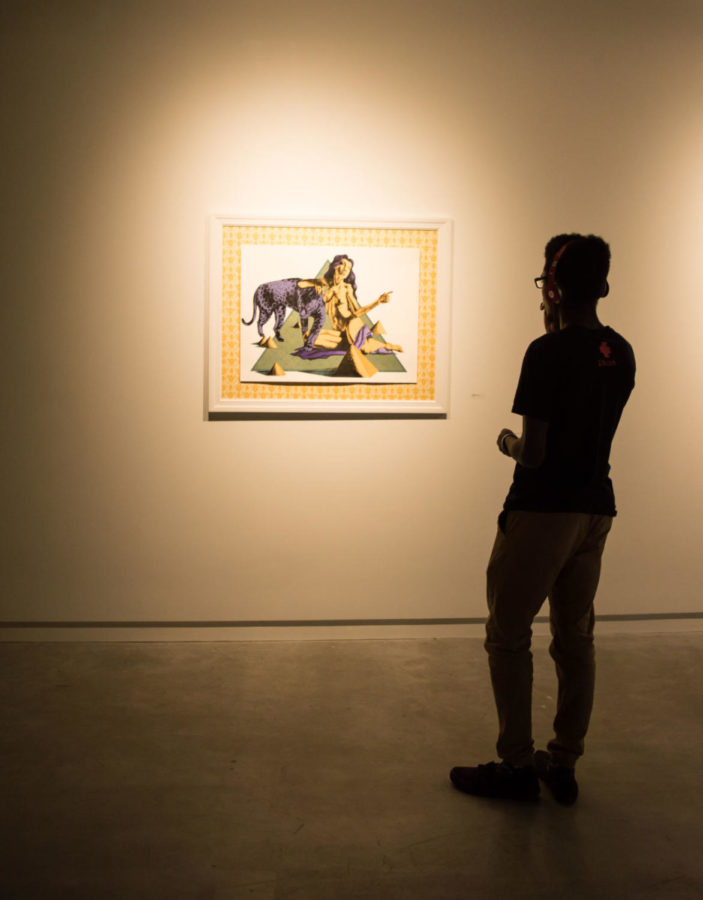 The gallery consisted of a collection of 11 large scale silkscreen and lithography prints by Mayeur, all depicting female nude figures surrounded by flora and fauna, in unique and otherworldly environments.

Mayeur uses her close female friends and women that she meets in her life as muses.

“The work is about sexual liberation in young women and cultivating independence in our lives,” Mayeur said.

Throughout the gallery, viewers are faced with detailed drawings of female bodies stretched and posed in powerful positions thus “affording women a new narrative as active and powerful subjects,” according to her artist statement.

“Most recently, I put out a call on Facebook to casually interview women. I never used direct quotes from these interviews because they often became very intimate conversations about their sex lives and the things that they do to feel sexually confident,” Mayeur said.

From there, Mayeur’s process includes conducting a photoshoot with each individual subject, finding ways to represent them confidently. She then will draw the subject and create the surrounding compositions based on their discussions and how they want to be portrayed.

Mayeur also pulls inspiration from 1960’s counterculture and the aesthetic of psychedelic hard rock posters, as well as music. The titles of most of her pieces come from rock songs of the past. The title of the exhibition, Move Over, is a lyrical reference to a Janis Joplin song.

Mayeur will be graduating in December with her BFA.

“It’s a competitive program,” Mayeur said. “A few years ago, as a sophomore, I went up for review and a faculty committee admitted me into the program.”

The last few years have consisted of Mayeur diligently printing and developing her body of work. To prepare for this senior exhibition, and to save money for the outrageous costs of framing work, she mounted all of her pieces on foam board, then found fabrics with eccentric patterns to compliment the works’ color schemes and function as a mat, and then added handmade white frames.

After graduation, Mayeur plans to take advantage of the downtime by making work just for fun.

“After that I hope to travel, and set up a mobile print unit so that I can continue to make work while travelling and doing events,” Mayeur said.

Mayeur’s advice to students would be to just keep creating.

“It’s really confusing and feels hectic at times but it all comes together,” Mayeur said. “Be productive, keep making work, and don’t get discouraged.”

Mayeur’s exhibition will run at the Bolivar Art Gallery through Nov. 18.