Ogechi Anyagaligbo tears ACL, out for the year 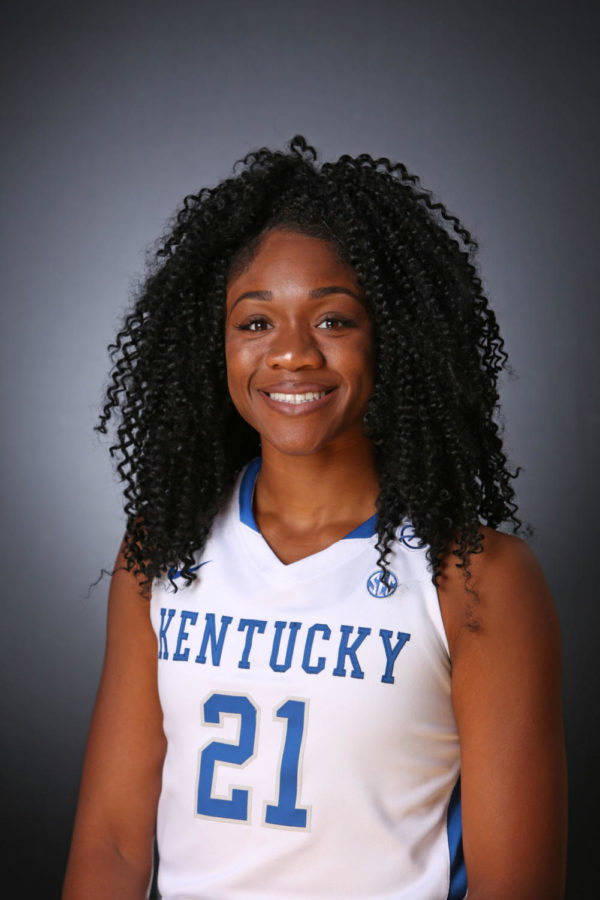 The UK women’s basketball team opens their season tomorrow, but they’ll do so without one of the rotational players, as Matthew Mitchell announced on Thursday afternoon that Ogechi Anyagaligbo had torn her ACL and will be out for the year.

Anyagaligbo suffered the injury in the Cats’ exhibition game against Southern Indiana last Sunday night. Anyagaligbo scored four points in six minutes before tearing her ACL in the third quarter.

“She’s got a great attitude so far, she’ll get the very best care that she could possibly receive here with our great medical team,” Mitchell said. “Tough blow for Ogechi, tough for our team.”

After suffering the injury, Anyagaligbo initially rode the stationary bike on the bench, but never re-entered the game

This was supposed to be Anyagaligbo’s debut season after sitting out all last year due to NCAA transfer rules. Anyagaligbo came to UK in 2016 after one year played at Stony Brook.

At Stony Brook, Anyagaligbo averaged 10.1 points and 9.0 rebounds per game in 32 appearances. She led the team in rebounds and blocks and was named the America East Conference’s Rookie of the Year at the end of the season.

A date for Anyagaligbo’s surgery hasn’t been set yet. Despite not logging any minutes on the court this season, Mitchell still thinks Anyagaligbo will have a role on the team.

“Ogechi is still a really really important part of our program and I know will make an impact on our team,” Mitchell said.

The Cats will also be without Paige Poffenberger to start the season, as she’s currently in the concussion protocol after taking an elbow to the head in practice. Mitchell said he hopes to have Poffenberger back on Sunday when the Cats face Gardner-Webb at 2 p.m.

Tipoff for the Cats’ season opener against Sacramento State is set to tip off at 7 p.m. on Friday, Nov. 10, at Memorial Coliseum.