Artist Alec Ganesha discovered his talent after losing his mother 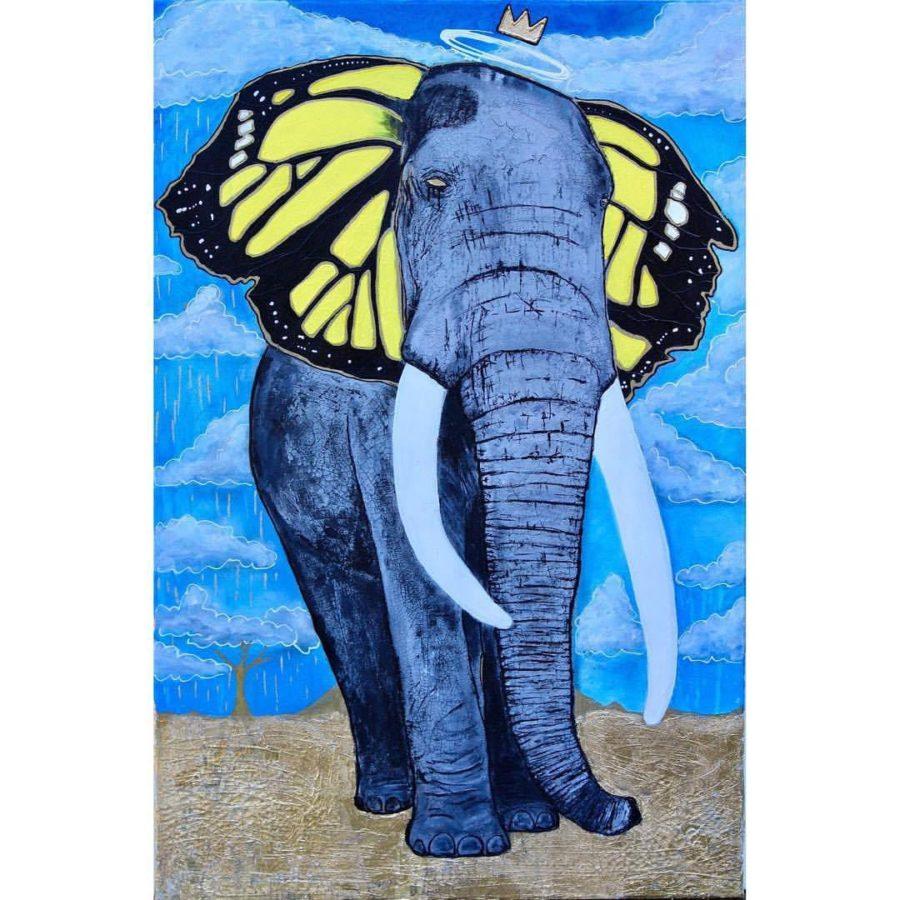 Ganesha's painting discussed in the article

An artist who currently has a show of his work at the Parachute Gallery through Sunday, Nov. 18, only discovered his calling three years ago.

Soon after Alec Ganesha’s mother passed away, he realized he had a talent: painting. He moved to Lexington to focus on his newly discovered talent and dream.

Ganesha is a self-taught artist who wants people to see the hard work he has put into his paintings. Ganesha realized he did not live far from the Parachute Factory and was determined to get his artwork shown at the gallery. He checked the Parachute Factory’s website to see if he could apply for a gallery showing and saw there were no openings available until the next year, but he decided to still apply.

The Parachute Factory informed Ganesha on Nov. 3, 2017, that he would be able to show his paintings that month, exactly two years after he posted a picture of his first painting on Instagram on Nov. 3, 2015.

“This was kind of meant to be in a way,” Ganesha said.

The inspiration from his current exhibit, entitled A King’s Angel, mostly came from his mom. After moving to Lexington, he pushed his focus entirely to painting to portray his mother’s life and the person she was.

Ganesha’s mother was born in Thailand, his father in Ecuador, and his ancestors are from Laos. Ganesha pulled his mother’s love for butterflies, the idea that Laos is the “land of a million elephants,” and his father’s Ecuadorian culture, which is filled with bright colors, to inspire his favorite painting in his exhibit– an elephant with butterfly wings for its ears.

Ganesha realized art was something he wanted to make a living out of in order to provide for his brothers and sisters so they don’t have to struggle.

When Ganesha began creating the website for his paintings with his friends, he knew he wanted to emphasize that he doesn’t want it to be so much about himself. He wants people to focus on his art, the story he’s trying to tell and his mom’s spirit alive.

Ganesha began working on most of the paintings in the exhibit when he moved to Lexington. He said he knew they mostly needed finishing touches, but when he was booked for the show at the Parachute Factory, he knew exactly what needed to be done and went to work.

“The most important thing I hope people will take away from my art is positive vibes,” Ganesha said.

He said he hopes that it will put people in a happy place.

“When you look at one of my pieces, I want it to bring a smile to your face,” Ganesha said.