Despite inexperience, UK basketball showed ability to hang on for a tough win 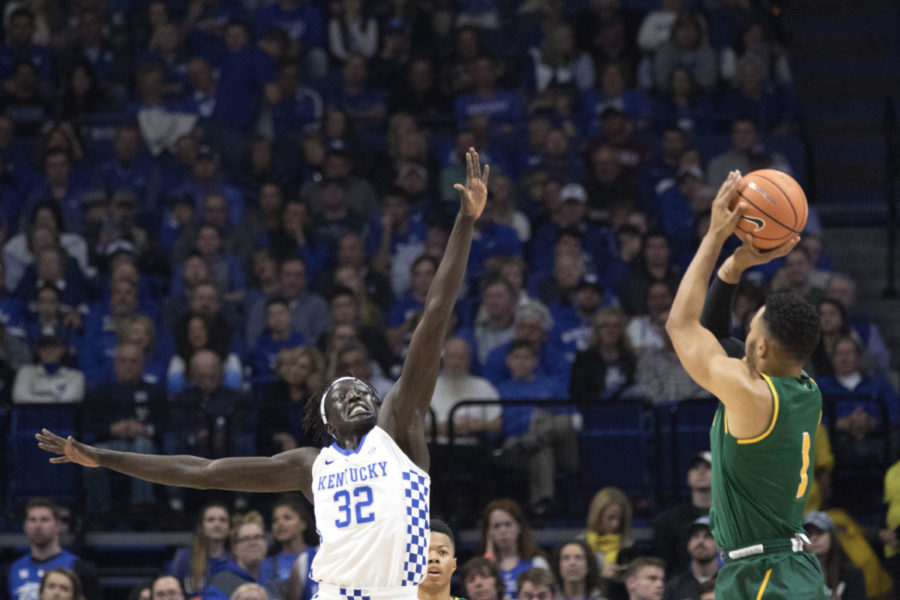 UK moved to 2-0 on Sunday afternoon against the Vermont Catamounts, but the game was far from an easy win. UK only shot 46 percent for the game, while Vermont was not far behind, shooting 45 percent.

Although Vermont kept the game relatively close throughout the entirety of the game, the Cats controlled the tempo and the lead for 37 minutes and 3 seconds. Vermont only had the lead for one minute and six seconds.

UK dominated the boards for the entirety of the game. The Cats overpowered Vermont with 36 total rebounds to Vermont’s 27.

UK also scored 36 points in the paint, while Vermont scored 26. Along with that, UK scored ten second chance points and Vermont was only able to score four.

The Cats’ length and height proved to be a big problem for Vermont. The tallest player that Vermont had on the floor against UK was 6’8 senior forward Drew Urquhart. UK freshman center Nick Richards measures at 6’11.

UK held strong from behind the free throw line shooting at a solid 78 percent, which ended up being crucial during the last few minutes of the second half.

Vermont did outshine UK with points off the bench. Sixteen points came from their bench while 12 came from UK’s. Vermont also outscored the Cats 45-37 in the second half.

Although freshman forward Kevin Knox seemed quiet during this game, he scored 11 points and had eight rebounds. He also made a corner three-pointer late to cement the victory for the Cats.

PJ Washington led the Wildcats team in scoring with 17 and had 10 rebounds. He earned the first double-double of the season.

Keeping the three-point line guarded showed to be difficult against Vermont. Although Vermont only made 10 shots from behind the arc, they shot 29. Stopping the perimeter shooting was key to UK’s victory, because the young team suffered runs whenever Vermont began to make threes.

“This is a freshman team, we’re learning,” head coach John Calipari said. “We learned against an execution team that can really shoot.”

Freshman forward Sacha Killeya-Jones said that they expected Vermont to play tough throughout this game.

“We knew they were a really talented team, a really capable team and a really good team,” Killeya-Jones said. “Down the stretch we knew they were going to fight with us and they are a team that knows how to win.”