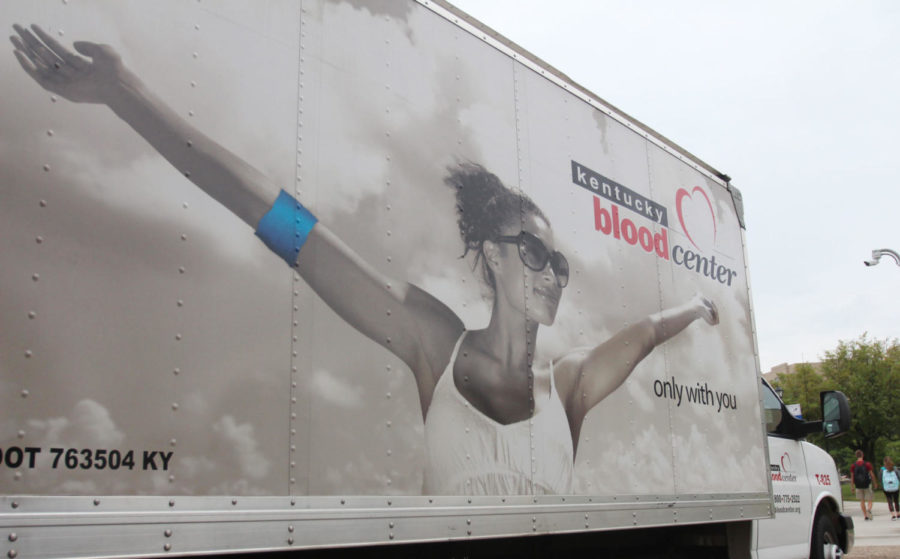 Kentucky Blood Center truck from a blood drive that was held in an art exhibition room of the Singletary Center for the Arts at University of Kentucky in Lexington, Ky. on Monday, August 28, 2017. Photo by Josh Mott | Staff.

Find out where and when to donate on UK’s campus here.

“We’ve had three great days so far,” said Martha Osborne, the Kentucky Blood Center’s Vice President of Marketing, in the release. “But there is still plenty of time to bleed blue and save Kentucky patients’ lives.”

The competition, which began Monday and lasts until Friday, pits the Kentucky Blood Center against the Medic Regional Blood Center in Knoxville, Tennessee.