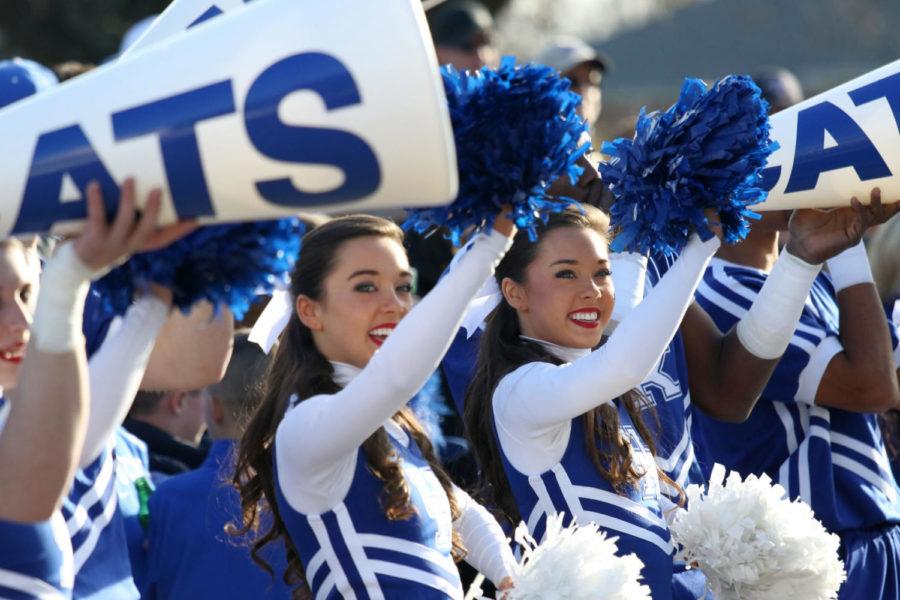 UK Cheerleaders pump up the crowd during the Catwalk prior to the senior day game against Louisville on Saturday, November 25, 2017 in Lexington, Ky. Louisville won the game 44-17.

On Wednesday afternoon, USA Cheer announced that it has chosen UK’s cheer squad to represent Team USA at the 2018 Winter Olympics in Pyeongchang, South Korea.

The International Cheer Union and the Korea Cheerleading Association extended an invitation to Team USA to allow them to bring a U.S.-based cheer team to the Winter Olympics, and UK’s team was chosen.

“We are proud to send the University of Kentucky to represent the United States of America,” said Lauri Harris, Executive Director of USA Cheer, in a press release on usacheer.org. “The cheerleaders from the University of Kentucky have engaged crowds and elevated spirit for generations, and have won countless national championships and we are excited to have them show their talent and spirit on the world stage.”

The Cats will represent USA with performances during the opening and closing ceremonies, award ceremonies and various other events relating to the Winter Olympics. They will also compete in a cheerleading championship against Russia, Canada, Norway, Germany, Switzerland and the Netherlands.