Where in the world are the Wildcats from? 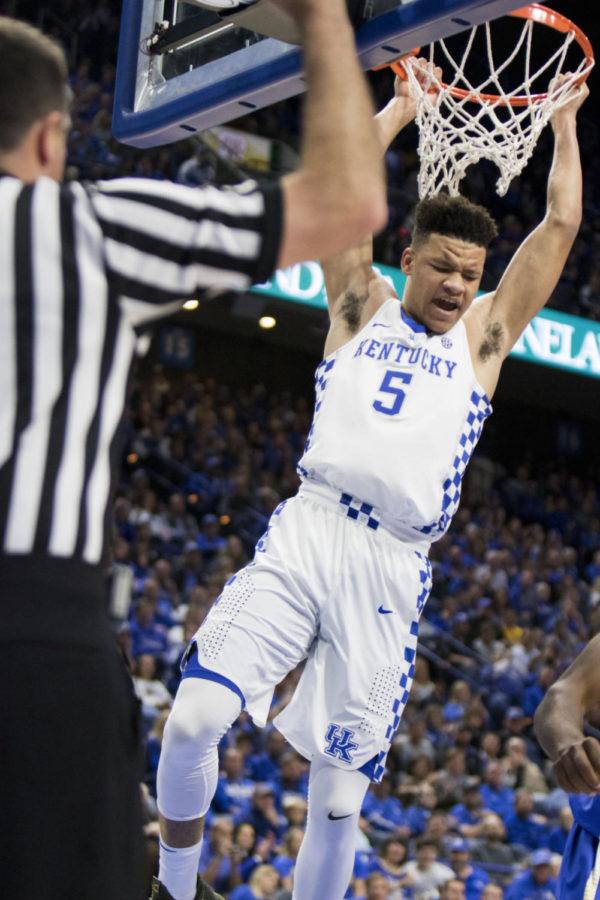 When John Calipari recruits his next batch of basketball stars, the head coach tells the talented players all the amenities and positives that come with playing basketball at UK.

However, there is always one particular thing that makes a player want to come to Kentucky. Whether it’s the competition, history or goals of winning a national championship, one thing always sticks out in a recruits mind when it comes to choosing a school.

UK has eight new freshmen who all have that one reason of why they came to UK. Here’s what some of them had to say.

“Just the way that they push their kids, I mean I want to get pushed to the max and get outside my comfort zone. That’s something that Cal (John Calipari) and KP (Kenny Payne) are really known for doing, is really pushing kids. I know that some workouts, individuals and team workouts, it was crazy, Cal was yelling at us and we haven’t even started the season yet, that’s something I wanted was to be pushed. It’s really competitive in practice, that’s something you really can’t go wrong with, I mean you’re practicing with five – six McDonald’s All-Americans every day, so of course you’re going to get better and that’s something I liked. We felt – my family and I – felt that coming here, I would be able to get pushed and get me outside my comfort zone basically.”

“I felt like it was a great fit. I’ve been watching them since the John Wall days and I just loved the way they play. They’re fast-paced, they’re a transition team. It fits my style of play. It’s just like they knotted together on and off the court, and they help their guys who are succeeding in the league, so it’s like they prepared them on and off the court to be pros, and that really stood out to me.”

“My dad pushes me like as hard as I can go pretty much, and just for me to be the best that I can be. Then in the meeting with Coach Cal, he said he’s going to push me to be the best version of myself and push me to compete and just try to win everything I do. For me to have that figure out here so far away from home, it was just all I needed to hear.”

“I think it was less of showing me – sugarcoating me and showing me what they want or what they need from me and stuff like that. It was more straightforward in their approach and it was real, and that’s what I want to be coached by.”

“When I found out about the players that were going to be around me, it was definitely going to make me better – I like making other people better, too, off the court and on the court, so it even made it easier for me to come here.”