Making Your (Adult) Trip to Disney World A Magical One 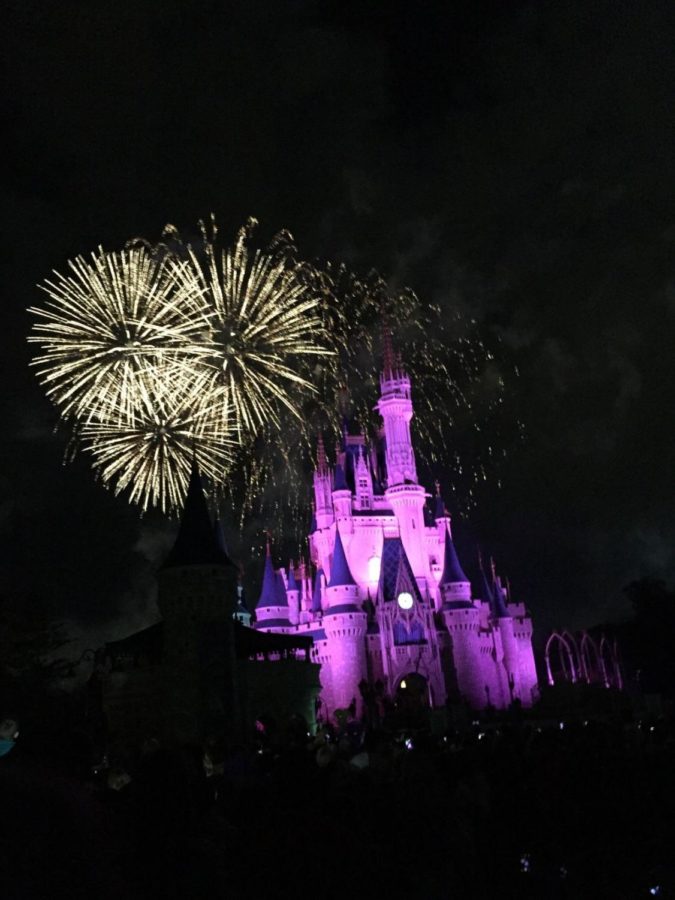 Everyone knows that Walt Disney World is the happiest and most magical place on Earth. As a child I can remember going to Disney after every Christmas and always being awe-struck by how wonderful a place it is. The food, the characters, the rides, the hotels, and of course all the magic in one place is more than any child could dream of. Now that I’m grown up, I was worried the magic of Disney would wear off and I would no longer find it amusing; however, it’s possible to make your adult Disney trip as magical as your childhood ones.

Magic Kingdom: For the thrill seeker, your best bet is going to be on Space Mountain, which is a totally dark and twisty roller coaster built in a futuristic space dome; or the Seven Dwarves Mine Train. Splash Mountain is great for those who like water rides. If thrills aren’t your thing, there are plenty of other adventures to be had here: Pirates of the Caribbean, the Jungle Cruise, Buzz Lightyears Space Ranger Spin, Voyage of the Little Mermaid, and the Haunted Mansion. These all promise to recount your favorite childhood movie memories and even allow for new adventures.

Animal Kingdom: The great thing about Animal Kingdom is it is a zoo and a theme park in one. The thrill seeker will love Expedition Everest, a wild train through the Himalayas with some serious surprises. For water rides, check out Khali River Rapids. For those who want a slower adventure the Kilimanjaro Safaris are sure to impress. There’s also DINOSAUR, the Maharaja Jungle Trek, and the Discovery Island train.

Hollywood Studios: You can’t miss Aerosmith’s Rockin Rollercoaster or the opportunity to free-fall in the Twilight Zone Tower of Terror. Both are sure to get your heart racing. For less of a thrill, check out Toy Story Mania, Star Tours, and spend some time visiting the streets of “Hollywood” for some great shopping and side shows.

Epcot: While Epcot is not known for its thrill rides, the two rides that stand out are Test Track and Mission Space. If you like fast cars and real life space simulation feeling these are must dos. Soarin’, Ana and Elsa’s Frozen Journey, the Seas with Nemo, and the 3 Caballeros are popular, too.

Magic Kingdom: While Magic Kingdom doesn’t have any true stage shows, there are plenty sideshows and parades to see. The Festival of Fantasy parade runs every day and is great for all ages. Watch Captain Jack Sparrow search for a motley crew in Adventureland, along other shows that take place on the castle steps throughout the day. Don’t miss the nighttime fireworks display!

Animal Kingdom: Animal Kingdom has the best shows by far. The Festival of the Lion King is one of the most eye-catching and fun shows at Walt Disney World. Finding Nemo the Musical, it’s Tough to Be a Bug or Flights of Wonder are also worth watching.

Hollywood Studios: This park is renowned for its shows. If you like princesses, don’t miss Beauty and the Beast, Frozen, or the Voyage of the Little Mermaid. For a more adventurous and wild show, there’s Indiana Jones Stunt Show, the citizens of Hollywood street shows, and the March of the First Order. At night there is a Star Wars themed fireworks show, as well as Sorcerer Mickey defeating the villains in Fantasmic.

Epcot: Epcot is well known for its street shows themed around the countries that are showcased in the park. Be sure to see the Jeweled Dragon Acrobats in China, the Mariachi band in Mexico, Serigo the Great in Italy, and the Voices of Liberty in the USA. End the night with Illuminations Reflections of Earth, which is a firework spectacular on the lake.

Animal Kingdom: Check out the Dawa Bar in Africa and enjoy one of the savannah cocktails while listening to the band. If you’re near Discovery Island, try the Nomad Lounge. If there’s an open spot, try Pongu Pongu, the newest lounge in Pandora.Hollywood Studios: While not as exotic as Animal Kingdom be sure to check out BaseLine Tap House and the Tune In Lounge.Epcot: Each country is filled with bars and lounges, but naming them all would be too extensive. For Epcot, I’ll recommend beverages to try in each country. Mexico: Any of the margaritas are a safe choice here. Also try a tequila shot at the Cava del Tequila.Norway: The Viking coffee is the safest choice, but if you’re looking for something that’ll put hair in places only Vikings have hair, try a LiniAquavit shot (you may regret it!).China: China is full of fun and bizarre cocktails such as the CantoLoopy and the green tea plum wine slushy.Germany: It’s no secret you’re going to have a beer in Germany, so try the signature grapefruit beer. With its thick German name, I won’t even bother trying to pronounce it.Italy: When in Italy, there’s going to be great wine. Stop by any of the wine shops and try your favorite red, white, or rose.USA: I won’t lie, U.S. has the poorest selection of beverages, but since you may as well stop for a Not Your Father’s Root Beer or a Samuel Adams.Japan: Be sure to try flavored sake or a plum wine. There’s also a decent selection of beers to choose from.Morocco: Another country with a poor selection; however, the signature Sangria, Moroccan daiquiri, and the house beer are all decent selections. France: You absolutely cannot leave France without trying a Grand Marnier and Grey Goose Orange slush, or an Elderflower and Grand Marnier Slush. UK: It goes without saying great beers will be found here, but for a exotic flavor, go for a Welsh Dragon or Bumblebee. Canada: Finish off a drinking around the world expedition with a maple whisky shot from Canada.Hotels and Disney Springs: There are plenty of places to enjoy an adult beverage in the hotels and Disney Springs. Enjoy AbracadaBAR on Disney’s Boardwalk, JellyRolls (Boardwalk), Jock Lindsey’s Hangar Bar (Disney Springs), Raglan Road (Disney Springs), Tambu Lounge (Polynesian hotel), Territory Lounge (Wilderness Lodge), Rix Lounge (Coronado Springs), and the Victoria Falls Lounge (Animal Kingdom Lodge).

While these are some great choices for adult fun at Disney they all pail in comparison to the last bar, my personal favorite (drum roll please)….Trader Sam’s Grog Grotto at the Polynesian Resort. This bar only takes 50 people at a time due to it’s small size, but this whacky, kooky, jungle cruise, Hawaiian themed bar is worth the wait.