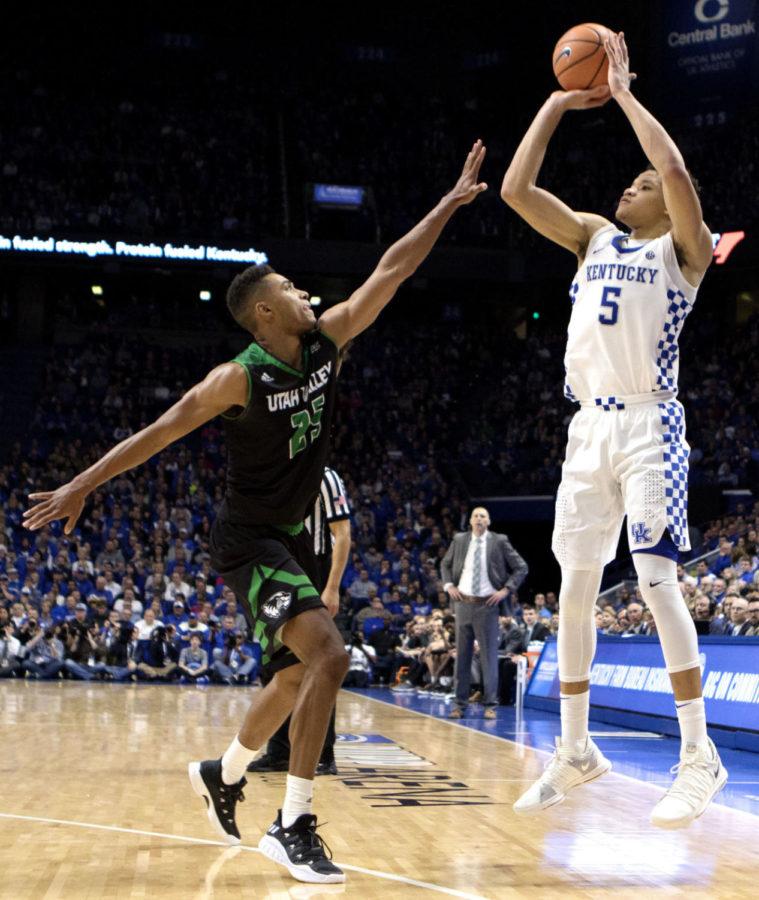 The John R. Wooden Award announced its top 50 candidates on Tuesday before UK’s game against Kansas, and two UK players made the list.

Hamidou Diallo and Kevin Knox were two of the 50 talented basketball players who made the 2018 watch list. Other notable players on the list are Duke’s Grayson Allen, Missouri’s Michael Porter and Michigan State’s Miles Bridges.

Kansas’ Frank Mason III won the award last year. Kansas has two players who made the watch list this season, Devonte’ Graham and Malik Newman. Arizona and Duke are tied with the most players on the watch list with three.

Diallo and Knox were two of the 10 freshman named to the list. The SEC had seven players named to the watch list, while the ACC led all conferences with nine players.