Vanderbilt not practicing this week before playing Harvard 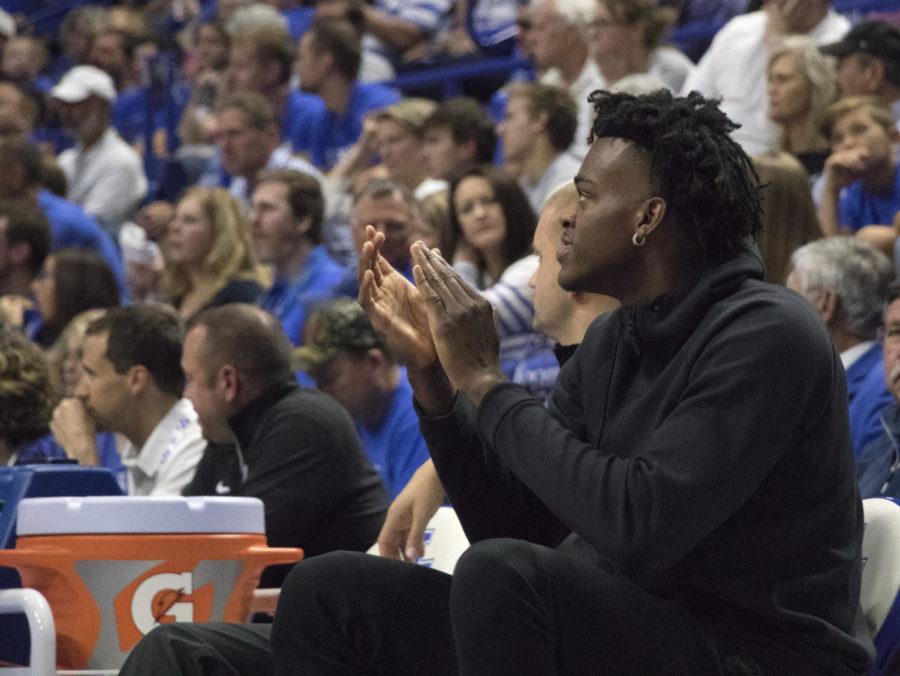 Kentucky basketball has had its longest stretch of practices this week, but freshman forward Jarred Vanderbilt hasn’t participated in any, head coach John Calipari announced on Thursday afternoon.

Vanderbilt has yet to practice since injuring his foot before the season started. Calipari previously said that Vanderbilt might start practicing at the end of November to get him ready to play in games.

Vanderbilt has been doing individual drills, as early-arrivers to home games have seen Vanderbilt get up some pregame shots with the rest of the team. Whether Vanderbilt will see game action in the near future, or the entire season, is up to Vanderbilt.

“We’ll let it play out, and if he thinks its good for him to play, then he will play,” Calipari said.

Calipari has been hesitant of practicing Vanderbilt so early because he wants the freshman’s foot to properly heal. Vanderbilt was originally supposed to be out until January, but introduced the idea of playing sooner when he skipped surgery.

“You go a step at a time with this stuff, you don’t just throw him in and say start,” Calipari said.