New bookstore wants to become a community center for Lexington 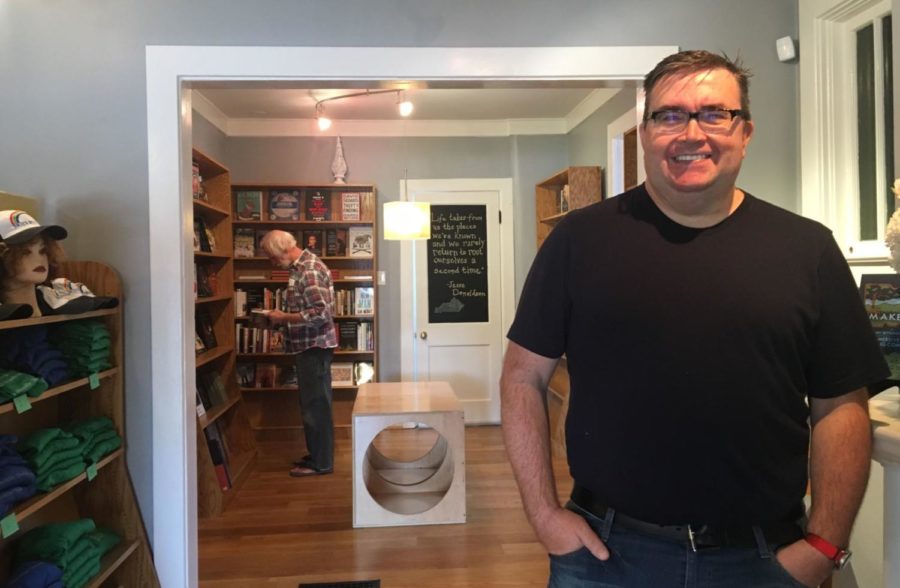 Brier Books, located in Chevy Chase next to John’s Run Walk Shop at 319 South Ashland Ave., plans to have its grand opening on Saturday, Nov. 11.

Soon-to-open Brier Books wants to be more than just a bookshop.

“More like a community center,” Brier owner Jay McCoy said. “With our event programming and different things that we’ll be doing, a lot of times it’s about starting and maintaining conversations to build the community.”

Brier Books, located in Chevy Chase next to John’s Run Walk Shop at 319 South Ashland Ave., plans to have its grand opening on Saturday, Nov. 11.

The front of the store will be a reading nook, with comfy chairs and magazines. The basement will be a workshop, where McCoy said he hopes to have writing or crafting workshops hosted by local authors and artisans.

McCoy said he wants Brier to be a place for UK students to engage in those important community-building conversations. He encouraged students to come and make suggestions about authors and events that may benefit the local community.

McCoy said the store will have a focus on “Kentucky makers.” That means the shop will feature mainly works by Kentucky authors and artisans.

McCoy and co-owner Savannah Sipple, both writers from Appalachia, understand the importance of local art.

“The artist and makers are a key part of the community,” McCoy said. “That’s what we want to be is that community center.”

In the digital age, bookstores still have a place in the community, McCoy said.

“E-readers are great for something you just want to get through,” McCoy said. “But there’s nothing like that book in the hand, the smell of the paper or the smell of a book just to settle in with. That’s what we’re here for.”

The Brier Sermon, a poem by Appalachian poet Jim Wayne Miller, is the bookstore’s namesake.

McCoy said it’s a long poem about “coming back to your roots and knowing who you are and where you come from.”

Brier Books, which began as a pop-up shop and mobile bookstore in Eastern Kentucky, hopes to bring its Appalachian roots to the Bluegrass.