Lexington’s own MOJOTHUNDER take on the Burl this Friday 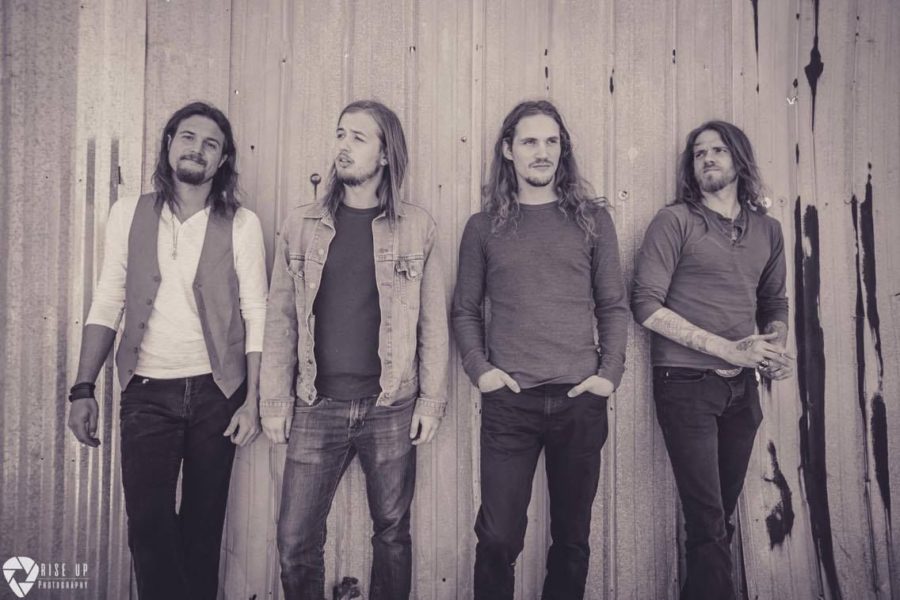 Lexington band MOJOTHUNDER is returning to the Burl this Friday, Nov. 10, to begin their Pledge Music Campaign to raise money for their upcoming album release. They’ll be joined by special guests OTIS and Sour Cream.

The long-haired denim enthusiasts will be debuting songs from their upcoming record due out this spring. The album’s first single and music video, “Something For Nothing” dropped earlier this fall.

“There’s something in there for everyone,” MOJOTHUNDER drummer Zac Shoopman said of the album. “We’ve got s*** that makes you want to drive 120 mph in a muscle car and then we’ve got the more introspective stuff.”

Attendees will want to show up on time to the concert as to not miss the supporting acts. OTIS, a quartet of Glasgow natives described by Shoopman as “a force to be reckoned with,” released their album “Eyes of the Sun” on Sept. 15. Sour Cream’s latest release was an EP called “Unofficially II.”

Doors for the show open at 8 p.m. Friday night and tickets are $8.