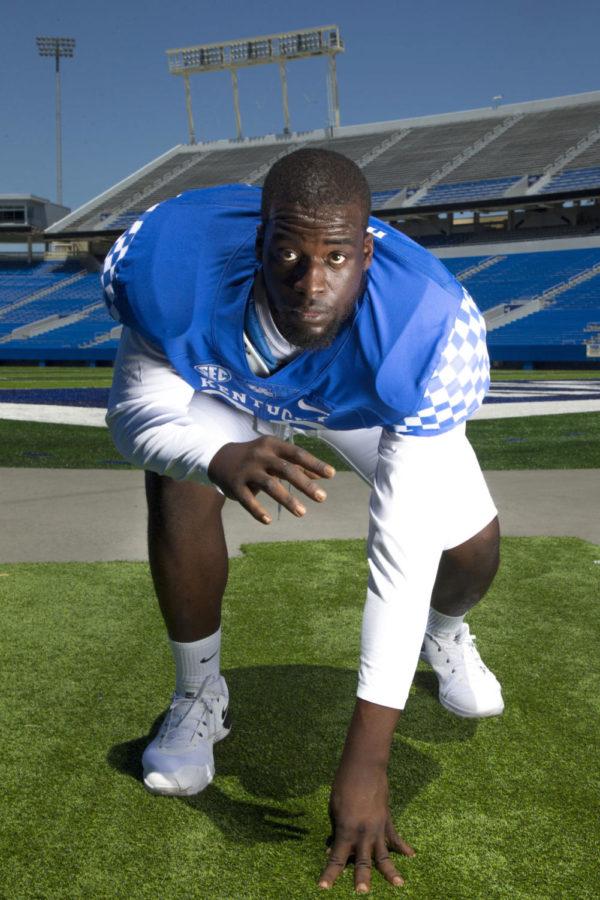 When UK football takes the field in Nashville for the Music City Bowl, the team will be without offensive guard Nick Haynes, as the senior from Florida has mutally agreed to part ways with the team.

Head coach Mark Stoops announced the news after Saturday’s practice. Haynes hasn’t played a snap for UK’s offense since the Missouri game on Oct. 7. Haynes was also a captain for UK’s first 11 games, before losing his captain spot to Charles Walker in the Louisville game.

Before the Louisville game, Haynes sent out a controversial tweet that arguably started the breakup between Haynes and the Cats.

“Most of these coaches don’t care about us personally,” Haynes’ tweet said. “It’s all about that check. That’s the one big thing I’ve observed here at UK. They’ll use you up for all your worth and then throw you to the side.”

Haynes was a starter on UK’s offensive line before losing his center spot to redshirt freshman Drake Jackson. Haynes has Type 1 diabetes, which restrained him from contributing the way he did in seasons past.

This story will be updated at a later time.