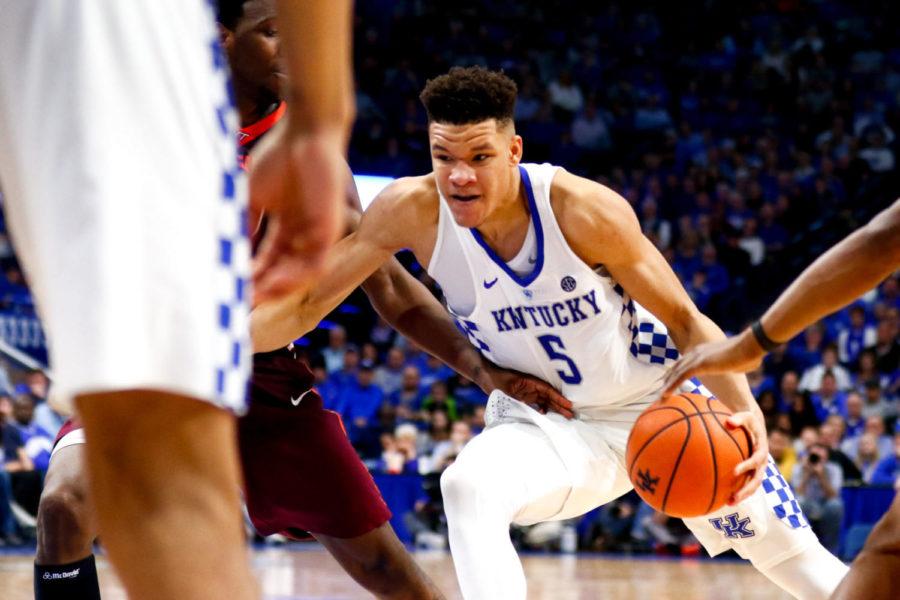 The Kentucky basketball team will look to keep its seven-game win streak alive when the Cats square up against the UCLA Bruins at the CBS Sports Classic on Saturday.

The Cats are coming off a seven-point win against Virginia Tech. Kevin Knox was the leading scorer with 21 points and Hamidou Diallo was right behind him with 20 points. Diallo’s three-pointer with 50 seconds left gave the Cats the push they needed to get a 93-86 win.

Their defense forced 19 Hokies turnovers, which UK turned into 36 points. The team’s only loss comes from a close 65-61 loss against Kansas in November, which was a neutral site game.

The 9-1 Cats are 1-1 in neutral site games this year, with that one win being against Monmouth.

The Bruins got a close win in their last game against South Dakota. Senior center Thomas Welsh tallied his seventh double-double of the season with 19 points and 11 rebounds.

Even though South Dakota pulled a 28-6 run in the game’s final five minutes, the Bruins were able to pull away to get an 85-82 win. Five players scored in double figures and Aaron Holiday added 15 points to the win.

The Bruins are without freshmen Cody Riley and Jalen Hill, who are have indefinitely suspended after a shoplifting incident in China. They are also without LiAngelo Ball, who withdrew from the school and signed professionally with a team in Lithuania.

The two also met three months down the road in the Sweet 16 of the NCAA Tournament, where the Cats got their revenge and beat the Bruins to move on to the Elite 8.

The Cats and the Bruins will play on Dec. 23 in New Orleans at the Smoothie King Center at 4 p.m. The game can be viewed on CBS.