The internet reacts to Benny Snell’s ejection from bowl game 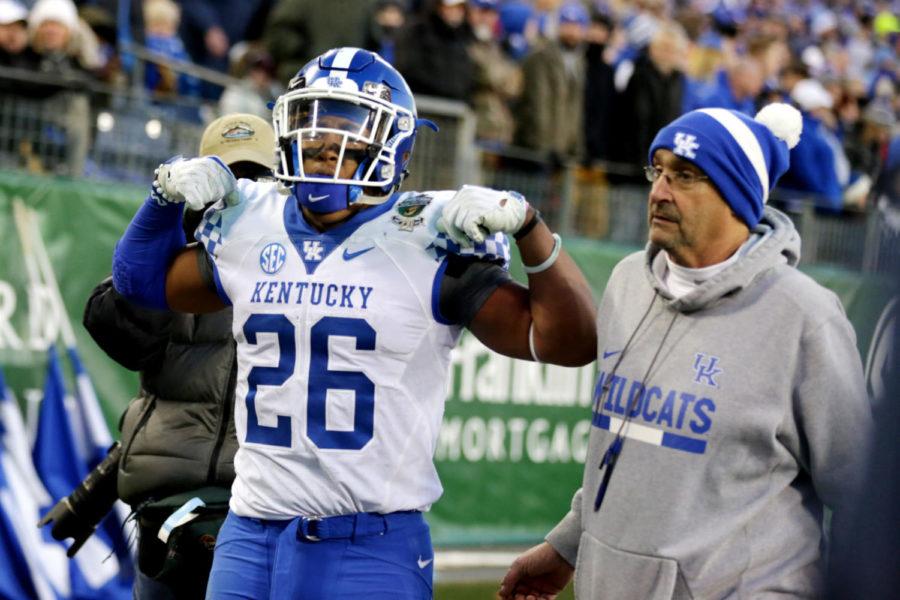 Kentucky Wildcats running back Benny Snell Jr. is escorted to the locker room after being ejected from the game during the Music City Bowl game against Northwestern on Friday, December 29, 2017 in Nashville, Tennessee. Kentucky was defeated 24-23. Photo by Arden Barnes | Staff

Early in the second quarter in the Music City Bowl, UK’s best offensive player Benny Snell was ejected after making contact with a referee.

The call was a questionable one that sparked some controversy around the internet. The referee appeared to try to help Snell get off the ground after getting tackled, and Snell denied the ref’s hands.

Toward the end of the second quarter, Northwestern’s top defensive player Paddy Fisher was ejected on a targeting call. Kentucky’s Governor Matt Bevin shared his opinion of the game shortly after Fisher’s ejection.

Northwestern leads at the half, 17-7.