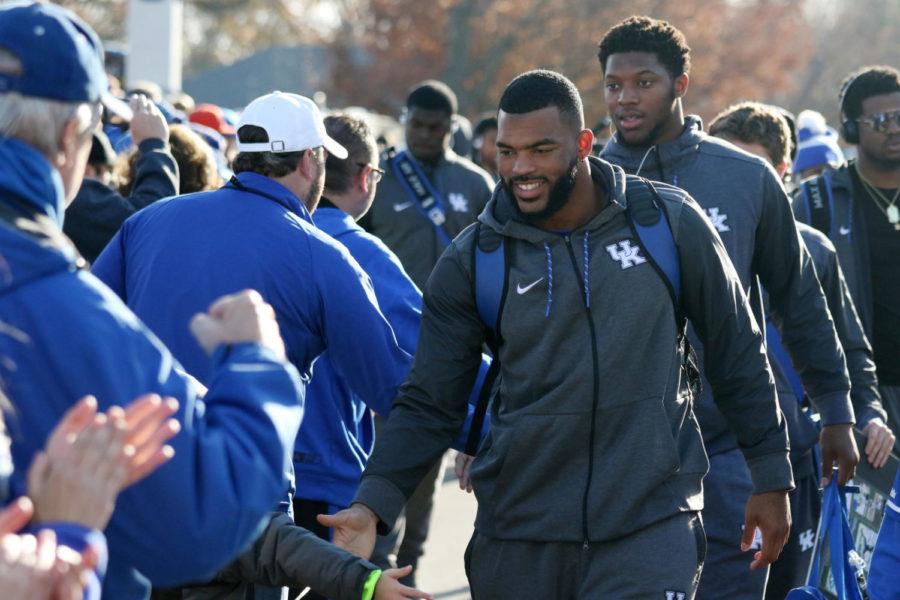 Senior Courtney Love high fives fans during the Catwalk prior to the senior day game against Louisville on Saturday, November 25, 2017 in Lexington, Ky. Louisville won the game 44-17.

Love was at the New York Hilton Midtown Hotel on Tuesday morning to accept the award. Love is one of UK’s top defensive players, as he ranks second on the team in tackles with 82.

As the winner of the award, Love will participate in some ceremonies in the future, including being interviewed at “The Home Depot College Football Awards Red Carpet Show” on Dec. 7.

The presentation of Love’s Wuerffel Trophy will take place on Feb. 16, 2018, at the All Sports Association Awards Banquet in Fort Walton Beach.