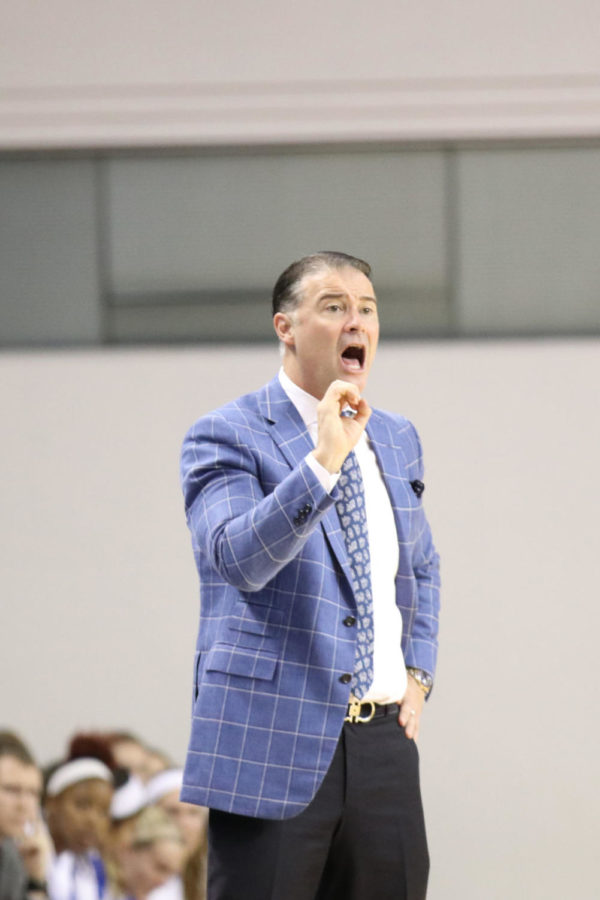 Mitchell’s base salary will not change from the previous deal he had with the University ($825,000) but he will receive five percent increases each year.

“I never would have dreamed ever being compensated that much coaching basketball,” Mitchell said during Thursday’s press conference.

It doesn’t seem to just be about the money for Mitchell, though; he said he doesn’t believe that there should be smaller bonuses for every little thing that goes along – not including the NCAA tournament, of course.

“I’ve always loved performance incentives,” Mitchell said. “If we make the Elite Eight, Final Four and win a national championship then that will be an unbelievable incentive financially.”

Mitchell is very thankful for the place he has at Kentucky. During today’s press conference he thanked people like President Eli Capilouto and Athletic Director Mitch Barnhart.

“I love Kentucky. I cannot imagine any other place to be,” Mitchell said. “And Dr. Capilouto is such an unbelievable example… He is a friend to me and he is a leader in every sense of the word.”

“I don’t know how an athletic director can care more about the people than Mitch Barnhart,” Mitchell said. “He cares about me, he cares about my growth and my development. He gave his unwavering support in 2016 when it looked like things were going poorly.”

Mitchell said he loves the UK Athletics program and that he will be there as long as the program wants him there.