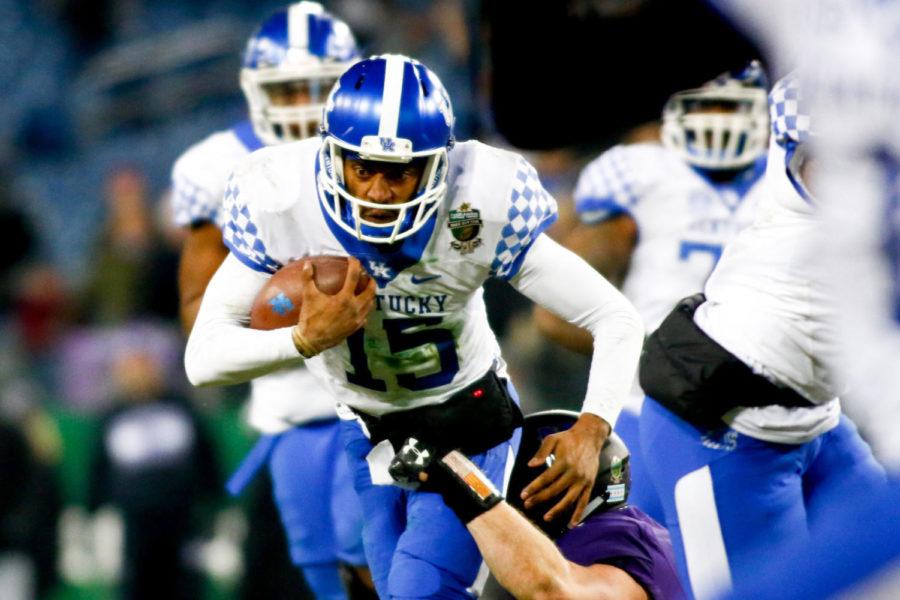 After the Kentucky basketball team got Friday started with a win over Louisville, the football team couldn’t complete the UK sweep as the Cats fell to Northwestern in the Music City Bowl 24-23.

The Cats fell behind as much as 24-14 after Northwestern’s safety intercepted a pass from Stephen Johnson and took it into the end zone. This was Johnson’s second interception of the game, and the advantage was in Northwestern’s favor with 7:49 remaining in the game.

UK would respond with a 48-yard field goal from Austin MacGinnis to trim Northwestern’s lead to within a touchdown. UK still needed a stop from its defense, however, which hadn’t allowed Northwestern to score in the second half.

Kentucky would get its wish, as its defense stopped Northwestern on 4th and 1 at Northwestern’s 39-yard line. Northwestern elected to go for it instead of punt on fourth down five times in the game, but only converted once.

UK’s offense would take over 39 yards away from the end zone with 2:31 remaining. As Johnson has done many times this season, he again provided some late game heroics as he drove the offense down the field and rushed for a nine-yard touchdown with 37 seconds remaining.

This was Johnson’s second rushing touchdown of the game after the quarterback went to the locker room before halftime with an injury. Johnson would finish with 257 passing yards, two interceptions and two rushing touchdowns.

Johnson also attempted 36 passes, which is a tie for the most passes he’s thrown in a game all season.

Instead of kicking the extra point to tie the game, Kentucky decided to go for the two-point conversation instead, and it didn’t work. Johnson’s pass slipped through Tavin Richardson’s hands, which sealed Kentucky’s fate.

Kentucky also lost a key member of its offense, as Benny Snell was ejected himself after making contact with an official. After Snell left, Kentucky would only rush for 44 yards.