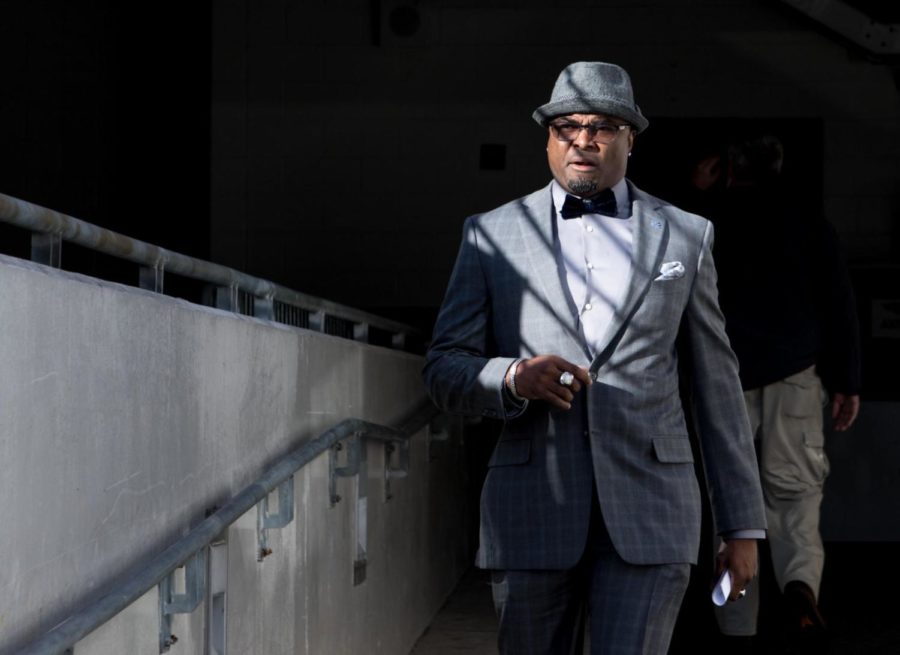 Wide receivers coach Lamar Thomas of the Kentucky Wildcats walks out to the field prior to the TaxSlayer Bowl against the Georgia Tech Yellow Jackets at EverBank Field on Saturday, December 31, 2016 in Jacksonville, Florida. Photo by Addison Coffey | Staff.

The news was first reported by Patrick Loney and later confirmed by UK.

“I appreciate the contributions Lamar made to our program during the last two years,” head coach Mark Stoops said in a release from UK. “We wish him the best in the future.”

Thomas also spent eight years in the NFL as a member of the Tampa Bay Buccaneers and the Miami Dolphins.

UK also confirmed that Stoops is searching for an additional assistant coach to join his staff on top of finding someone to replace Thomas.