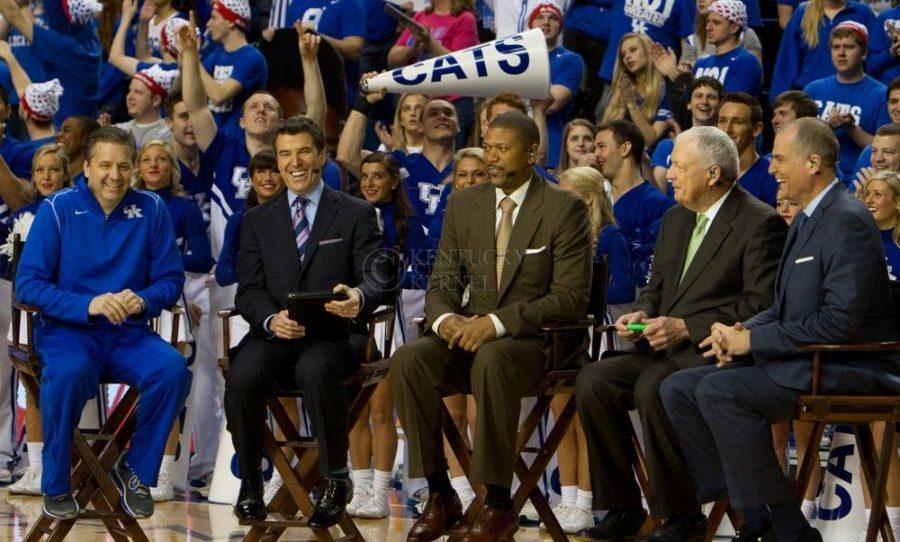 John Calipari and the Gameday crew laughed about a clip of the Cats' dodgeball game during ESPN College Gameday in Lexington, Ky., on Saturday, February 23, 2013. Photo by Matt Burns

For the second consecutive season, ESPN’s College GameDay show will return to Lexington for UK’s game against Florida on Jan. 20.

The show, featuring Rece David, Jay Bilas, Jay Williams and Seth Greenberg, will begin inside Rupp Arena at 11 a.m. Admission for fans is free and seats can be taken on a first-come, first-serve basis.

College GameDay made an appearance in Rupp Arena last year when Kentucky hosted Kansas. This will be the crew’s seventh trip to Lexington and 15th time hosting a show before a game in which Kentucky is involved.

When the doors will open for the show has not yet been announced. Tipoff for the game against the Gators is scheduled for 8:15 p.m.