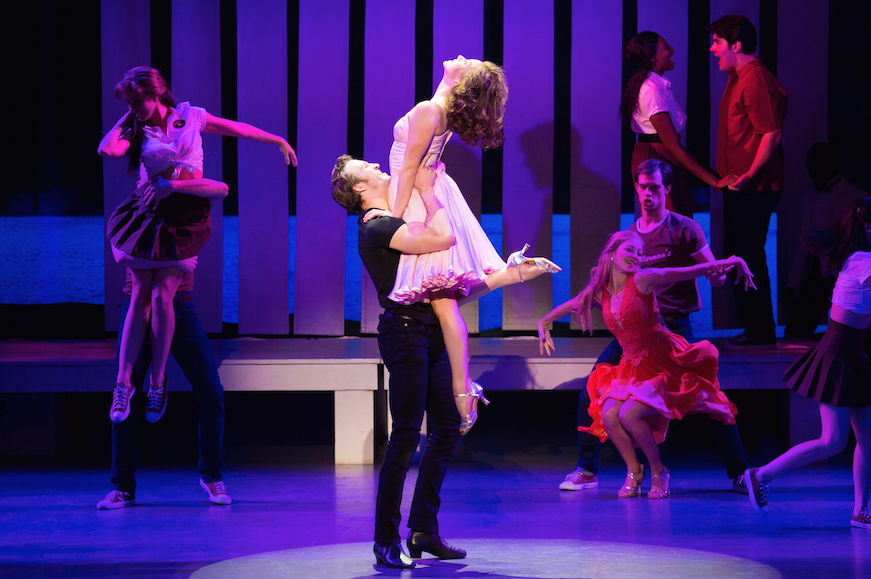 Have the time of your life at the Lexington Opera House this weekend.

For the first time ever, “Dirty Dancing,” the classic movie, is coming to the local theater as a live stage performance.

This production of “Dirty Dancing” is like the movie in many ways because the same writer, Eleanor Bergstein, wrote the script for both the movie and the live stage performance.

The storyline of Johnny and Baby’s romance is the same on stage and in the movie, so some aspects of the show will be familiar to many Dirty Dancing fans. The beloved music and choreography are also the same, so fans can sign along during the stage performance. Dirty Dancing fans can look forward to seeing their favorite parts of the movie live on stage, too.

Nevertheless, the live show differs from the movie in some aspects. On stage, more time exist to elaborate on Johnny and Baby’s story than there is in the movie, meaning there is more to this classic love story that some have yet to see.

Luanne Franklin, the director of Performing Arts at the Opera House, is presenting the show. She advised viewers to try to see the Sunday, Jan. 28, show at 6:30 p.m. because that is the “best bet to get a good seat.”

“The show is expected to sell out and that there are very few seats left,” she said.

One of the many reasons that she wanted to bring “Dirty Dancing” to Lexington was that the show has such broad appeal. Many people love the storyline and the music.

The show is touring, so the Lexington stop is one of many. This is the second full year of the tour. This production of “Dirty Dancing” is the first stage production of the classic movie to ever be shown in Lexington, making it unique.