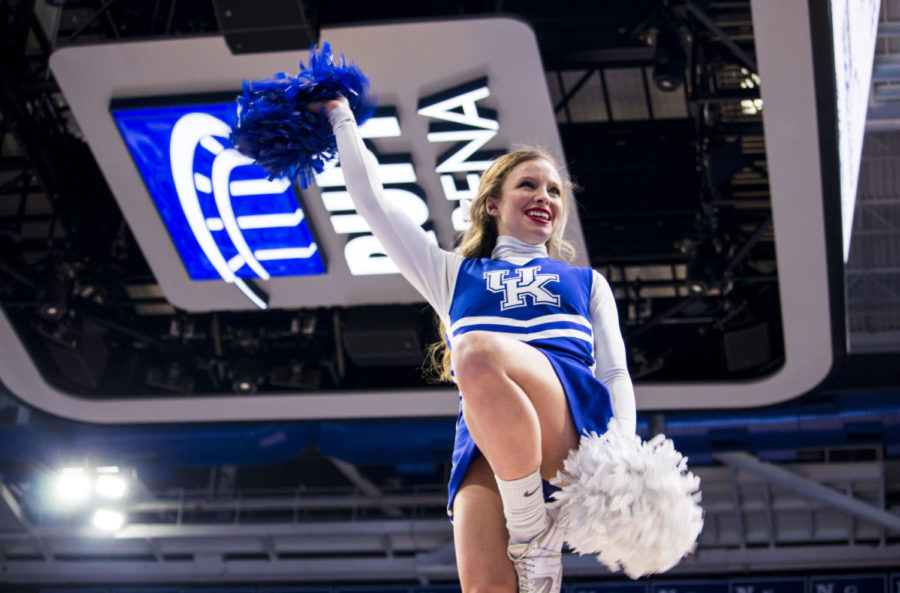 Kentucky cheerleaders entertain the crowd during a timeout during the game against Georgia on Sunday, December 31, 2017 in Lexington, Kentucky. Kentucky won 66 to 61. Photo by Olivia Beach | Staff

This was the third year in a row that Kentucky has won the national competition. The cheerleaders, along with the UK dance team, will be honored during UK’s basketball game against Florida on Jan. 20.

After the announcement, several people related to UK Athletics responded to UK’s national championship on twitter. Some of the people to send out their congratulations were John Calipari, Mitch Barnhart and Nick Mingione.

Finishing behind Kentucky in second was UCF. This was UCF’s seventh straight top-three finish, and the team also congratulated UK on its national championship.