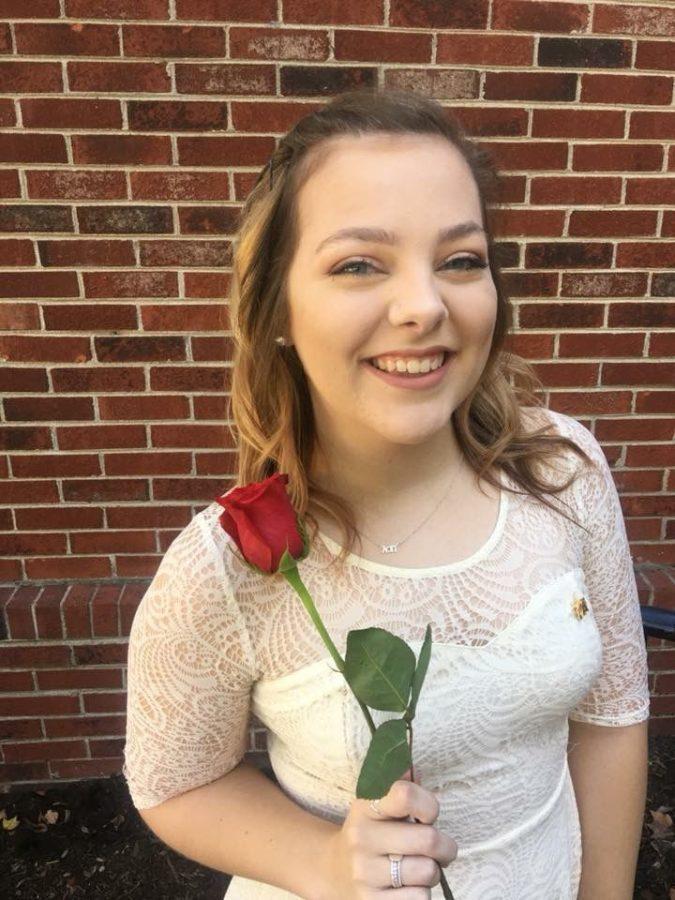 Conrad was a psychology major and planned to use her degree to help victims of domestic abuse.

In the first weeks of 2018, the members of Alpha Omicron Pi at UK mourned and honored a sister who was “a shining light in all of our lives.”

This is how AOII President Sinead Maharrey described Hailee Conrad, a UK sophomore who died on Dec. 14, 2017, of an allergic reaction. Conrad was 19 years old, from Johnson City, Tennessee.

Conrad’s funeral was held in December in her hometown, but her AOII sisters honored her together once they returned from the winter break.

On Jan. 9, AOII held a memorial ceremony in Conrad’s honor, which was attended just by AOII members. Starting the next day, AOII began observing a badge draping. Sisters wore a black ribbon on their AOII badges, which they wore along with pin clothes, meaning business casual attire, for a week.

Furthermore, UK’s AOII chapter will be opening a scholarship fund in Conrad’s name. It will be awarded to “a strong, passionate, kind sister like Hailee for years to come,” Maharrey said.

Conrad joined AOII in August of 2017 and made a “phenomenal” impact in just a few months, Maharrey said.

She served in two leadership positions, as Risk Management Chairman and Panhellenic Delegate.

“In her short time as a leader of AOII, she showed drive, passion and dedication to the chapter and all of her sisters,” Maharrey said. “Hailee embodied everything it means to be an AOII, and we are so, so lucky to call her our sister always.”

Maharrey said she began to get to know Conrad when they were both elected as officers in November.

“She was funny, kind and incredibly passionate about everything she did,” Maharrey said.

One of Conrad’s passions was helping young victims of domestic abuse, Maharrey said.

Conrad was a psychology major and planned to use her degree to help victims, according to her obituary in the Johnson City Press.

“Please carry on Hailee’s mission at a local domestic or child abuse charity,” read the obituary, because Conrad’s family asked that mourners donate or volunteer in her memory rather than sending flowers.

“Our chapter plans to honor her memory and her passion through volunteering and donating to local domestic and child abuse charities in her honor,” she said.

Conrad made an impact on “each of our hearts,” Maharrey said.

“She was a positive and loving influence on everyone she encountered,” she said. “We will never forget her kindness, passion or sarcasm.”

Maharrey said AOII members have found comfort in each other through this loss.

“We have found support through the ties of sisterhood and will continue to remember the incredible woman Hailee was through our love for each other and through our sisterhood,” she said.