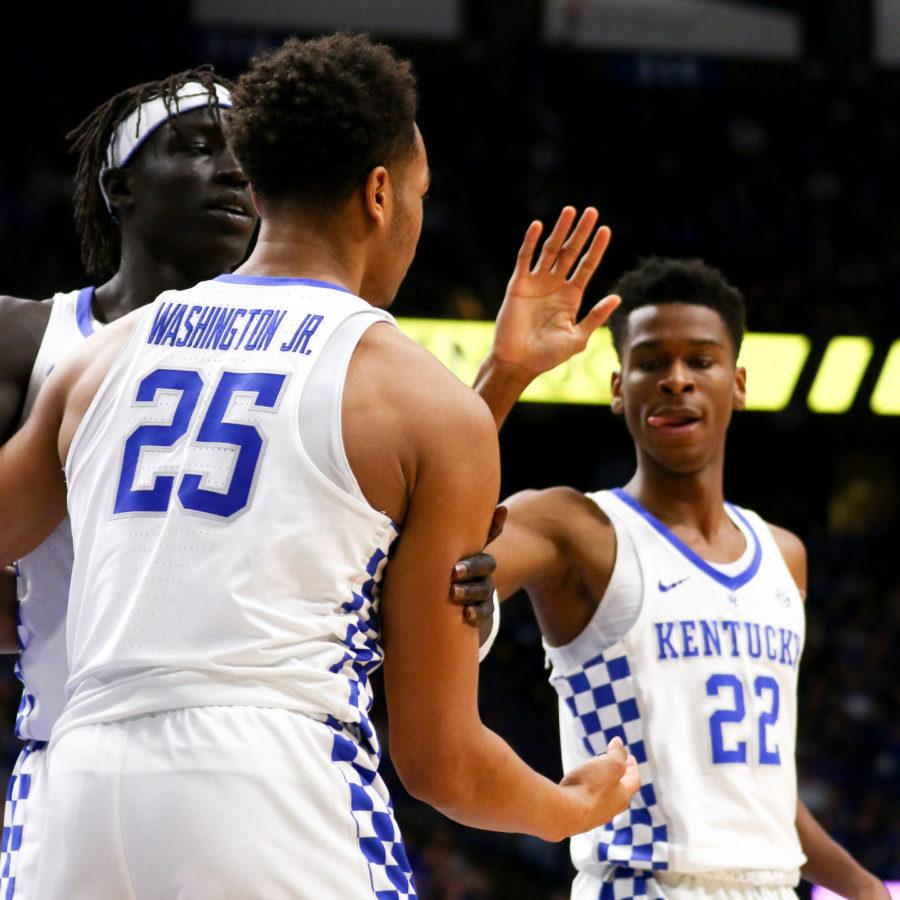 John Calipari has found an untraditional way to get his team to move the ball, by counting “untraditional assists.”

After Tuesday night’s game, Calipari shared this new method of how to keep track of who’s moving the ball.

Calipari said that almost any good pass can be counted as an assist in his mind. But this new way of tracking assists isn’t only to see who’s moving the ball, but to also see who isn’t.

Calipari said there are some guys in the locker room who are playing 28 minutes with a total of one “untraditional” assist. He believes that the players must make these passes to do what they want to accomplish.

“Every extra pass we make, we become a good team, a better team,” Calipari said.

The leader of the assists tonight was guard Shai Gilgeous-Alexander. He had six of the team’s 11 official assists, and Calipari also made note he had around 18 of the new, untraditional assists.

“We share the ball a lot better. It helps us get good shots,” Alexander said about the new assist model.

The assists were able to increase the Cats’ shooting percentage from their last outing against Florida. The team finished the game shooting 43.1 percent from the floor, up from 40 percent against the Gators.

Knox said his name was on the board in the locker room for how many “untraditional” assists he had in the game, although he didn’t even pay attention to his count. The assists were able to get him good looks, though, finishing the game with 19 points on 5-6 shooting including 4-4 from behind the arc.