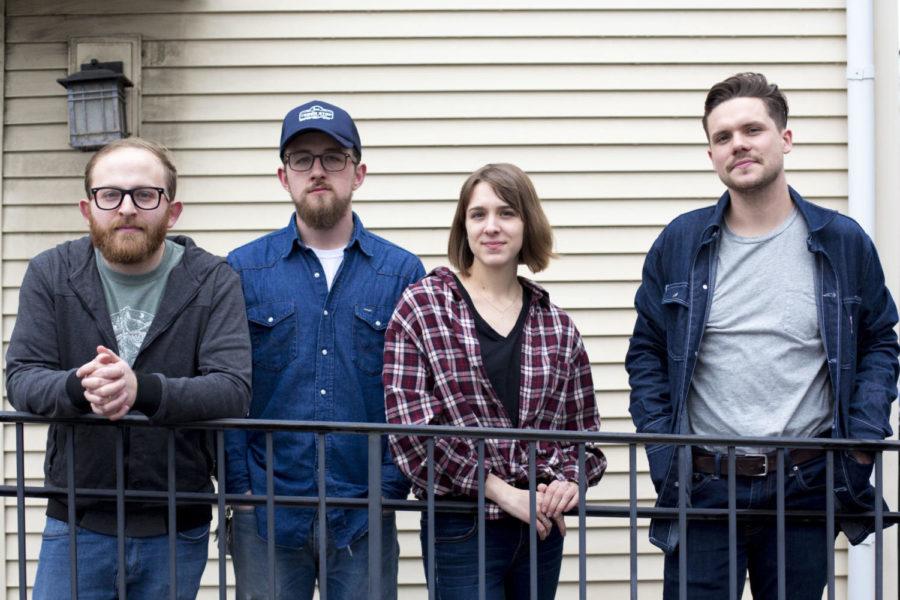 Elizabeth Varnado said she wanted to learn how to play violin when she was a child as Pa did in the “Little House on the Prairie” book series. Now, she is on her way to earning a Ph.D. in musicology and performs in local band Lylak.

Varnado, 26, plays violin plus acoustic guitar, sings vocals and contributes to some songwriting for the indie rock band. The group is currently working on a new single called, “What We Have.”

Varnado joined Lylak last summer. She got to know band members Gideon Maki and Zachary Martin through her husband Paul Varnado and previously played a couple of pieces with the band. She said during that summer, she began to miss playing music and wanted to find a constant way to do so. Lylak was a perfect fit.

“I had played music on their last EP and they had invited me to play a couple of their shows,” Varnado said. “There was one practice where Paul wasn’t there and it was just me and Gideon the guitarist and Zach the drummer and it went really well. We were just jamming and kind of understanding where we were going musically and that is just so important to me when I play with other people.”

Managing her remaining coursework and still being committed to the band still presents challenges though, Varnado noted. When she officially decided to join the band, she was not sure how it would work with her beginning her last year of school work. Right now, the band is focusing on recording and creating music rather than playing live shows constantly.

Since she was about four years old, Varnado has been studying music. She had a cassette and songbook from “Little House on the Prairie.” As she grew up, she became fascinated with listening to songs on the radio and recording mixtapes.

Varnado said it became a constant in her life, even if she did not always know it. When she first began her undergraduate degree at UK, Varnardo was a journalism major before switching to purse a B.A. in music. Most of Varnado’s research focuses on big names and trends in popular music.

Paul said his wife is organized, both in music and in her personal life. He said that she is one the “better singers” that he knows and is great at improvising music. The two met through the local music scene during their undergraduate years at UK. They have been married for three years.

Maki said Varnado is truthful and gives thoughtful and helpful feedback when anyone needs it. Martin said she is “very well informed” and uses her knowledgeable background in music to strengthen the band.

Lylak is planning to do a short tour during UK’s spring break. The first concert will be Wednesday, March 14.