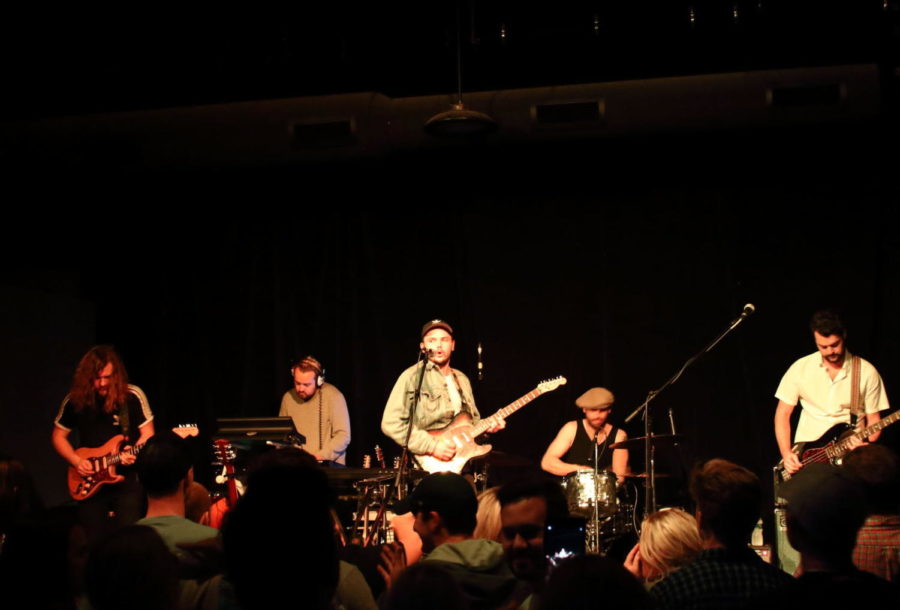 Cosmic Charlie’s was full of energy on Wednesday night when indie rock band Future Thieves took the stage. The Nashville-based outfit started its tour just a day before coming to play in Lexington. This made the second time the band played at this venue, but the group was excited to come back to play in a building that was “nice and loud.”

The evening started off with a local two-man band called EZRA. David Do and Travis Kennedy warmed up the crowd with some light indie rock of their own making along with some melodic covers of other songs.

Future Thieves was particularly excited about the night’s performance because it was an opportunity to play new songs. Later this year, the band will be releasing a new album, so the band decided to give fans a little taste.

“There’s stuff that will be coming out in the near future, which is, you know, great because we get to practice it, hone in on the stuff and then test it out on crowds,” the band’s drummer, Gianni Gibson, said.

The band promised a “different set than last time,” and it sure delivered.

The crowd loved Future Thieves songs like “Sucker,” “Nightmares” and “Horizon Lines,” but they went crazy when Elliot Collett, the singer of the band, traded his electric guitar for an acoustic. These new songs that the band did not share the titles of ranged from smooth and soothing to upbeat and exhilarating. However, lead guitarist Austin McCool did mention that a new song by the name of “Lost in My Head” was a “very, very fun” song to play, to which the other members agreed.

“We like playing the new ones,” bassist Nick Goss said. “The old ones we’ve played for a long time, but it’s great playing them and it’s fun when the crowd knows it, too.”

It seemed the whole performance was a thrill for the guys, though, because their positive energy was infectious in the crowd.

Tyler Perry, an audience member who stood front and center throughout the whole performance, had never heard of the band until its performance, but he enjoyed the experience.

“I liked that everybody seemed to connect so well with it,” Perry said. “It was like they connected really well with the audience. Everybody was really engaged and really seemed to like the guys and the music themselves.”

The band’s energy kept the crowd wanting more. After already performing for an hour, Future Thieves closed out the night by giving the audience the encore they desired.

Neha Yousuf, a fan that enjoyed the concert while seated in the back of the venue, couldn’t get enough of the band.

“My favorite part was definitely the encore,” Yousuf said. “They played not one, but two songs, and I really like how they interact and listen to their audience. You can tell they love their fans.”

Perry and Yousuf were avid fans of the Future Thieves by the end of the night and highly recommend the band to anyone who loves music.