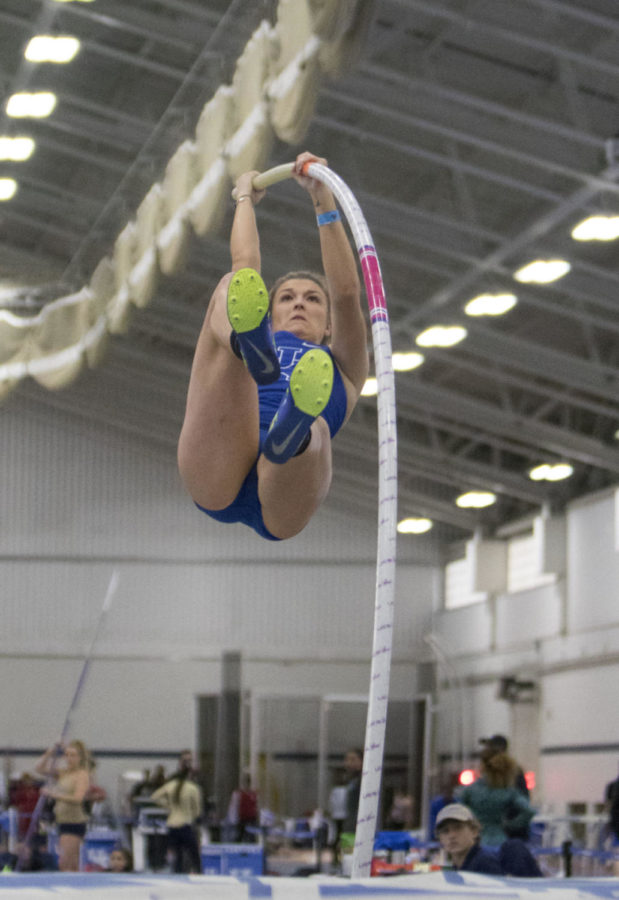 In their last home indoor meet of the season on Saturday, the UK’s men and women’s track and field team finished first at the Rod McCravy Memorial with the men scoring 143 points and the women 172 points in the field of six teams.

Freshman Sydney McLaughlin continued to make history in her first season, finishing in first in the 400 meters with a time of 51.44. With that time, McLauglin holds the UK school and freshmen record. Her time is fastest in the NCAA this year.

The women’s team also got 10 points from Olivia Gruver, who cleared 15’3”/4.65 on the pole vault. She set her personal record by two-inches.

Jasmine Camacho-Quinn finished first in the 60-meter hurdles with a time of 8.03, just bettering UK senior Jacklyn Howell, who completed the race in 8.19. Camacho-Quinn also won the 200 meter dash in 23.30.

Marie-Josee Ebwea-Bile came in first in the women’s long jump, setting a personal record with 21’0.75” while Latavia Coombs followed her in third with a jump of 19’1.5. Ebwea-Biles and Coombs also finished first and second in the triple jump landing at 13.76 and 13.17

“It’s such a pleasure to score for my team,” Ebwea-Bile said.

The men’s team landed 24 points in the shot put by taking the top three spots, lead by Noah Castle who set a personal record at 60’4”/18.39.

The Cats travel to Clemson on Feb. 9-10 for their next meet at the Tiger Paw Invitational. The team still has plenty of regular meets to go until the SEC and NCAA Indoor Championships in late February and early March.