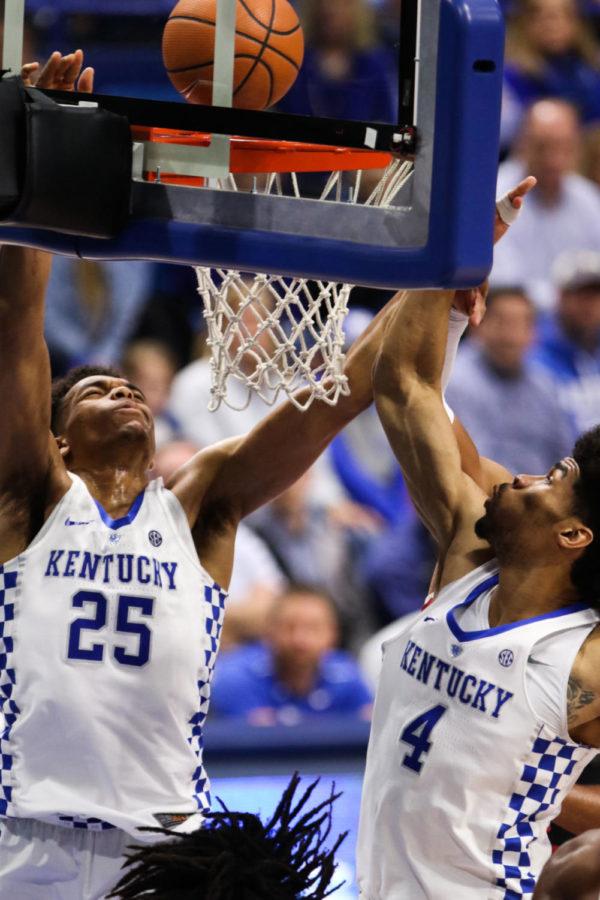 After losing its last four games, Kentucky got back in the win column on Saturday by beating the Alabama Crimson Tide 81-71.

For the Cats, the key to the game was their rebounding. Despite not having a great game scoring wise, winning the rebound competition proved to be crucial in the win.

Kentucky finished the game out rebounding Alabama 44-27. When they can rebound the ball like this, they have the ability to play with any team in the country.

“If we play like this, we feel like we can beat anybody in the country,” P.J. Washington said after the game. “We just got to keep doing this in practice and it’ll eventually lead to the games.”

Kentucky was led in rebounding by forwards Jarred Vanderbilt and Wenyen Gabriel. Gabriel finished the game with seven rebounds while Vanderbilt had a game-high nine boards.  Of those nine rebounds, five of them were offensive, which was also a game-high.

Since his return to the team, Vanderbilt has been arguably the team’s best rebounder.  He’s grabbed seven or more rebounds in six of the 10 games he’s played. Kentucky was in need of a consistent rebounder when he was injured, and Kentucky’s rebounding numbers have gotten better since he debuted in January.

“I think it just means the effort, the rebounding and stuff like that, just staying impactful in the game,” Vanderbilt said.

Another key to the Cats’ snapping the losing streak was their ability to grab offensive rebounds. Of the team’s 44 rebounds for the game, 20 were offensive. Getting that many second-chance opportunities, especially in a close game, can make the difference between winning and losing.

The 20 offensive rebounds the Cats pulled down was tied for the second highest that they’ve gotten all season.

It wasn’t just Gabriel and Vanderbilt that were huge on the boards for the Cats; rebounding was without a doubt a team effort.  Every player who got on the floor for the Cats grabbed at least two rebounds.

When Kentucky can grab rebounds and push the pace like this afternoon, the Cats put themselves in great position come tournament time.

Podcast: The Defeat of Young Bull

After the much-needed victory over Alabama, the Cats only have four games left to play in the regular season.  heir next game will be Tuesday night, when they travel to play the Arkansas Razorbacks, who are half a game ahead of Kentucky in the SEC standings.