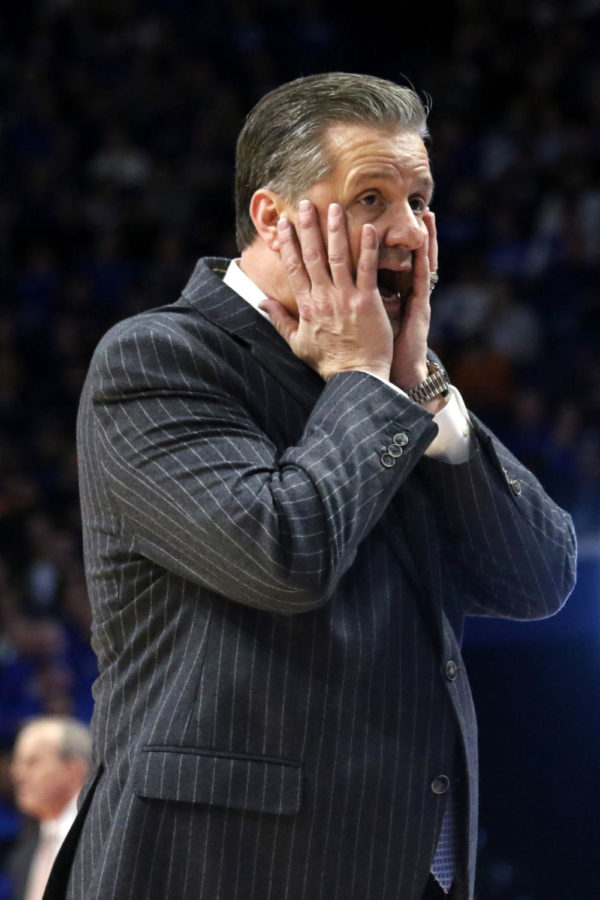 Since the hire of John Calipari, there have been many programs on the rise back to greatness, including the two playing tonight, North Carolina and Duke. But in recent years, the rivalry off the court between Coach Cal and Coach K has gotten to an all-time high. This rivalry is now at its highest, and we can see no end in sight.

But who is better?

Since 2010, Cal has gotten the best of the best at the University of Kentucky including three #1 picks in John Wall, Anthony Davis and Karl Anthony-Towns. But Duke has always been right behind them including their high picks in Jahlil Okafor and Kyrie Irving.

On the other hand, this year the roles have reversed as Duke is now getting the best of the best for their program. The recruitment of YouTube sensation, Zion Williamson, to Duke shocked the world, as many saw Clemson as the top contender, but his addition to the class for Duke has made it legendary. According to the ESPN Top 100, Duke’s commitments in the past year have been the greatest. By getting the number one, two and three players in the ranking shows an epic wave coming into Durham, North Carolina.

This isn’t the first time the college basketball world has seen dominance in the ESPN Top 100, as we can remember the Twins, Julius Randle and company’s class. As we all know, that class brought the BBN back on the train after the disappointing 2013 season. But the recruiting has been a battle between the two as they both are NBA feeder programs.

During the season success is great for the school, but changing student’s lives is what Coach K and Coach Cal strive for. After the success the 2009-10 team had in almost making it to the Final Four with a lot of talented freshmen, Coach Cal centered this program in being the best at changing family’s lives. As the talent moved to Lexington, the next years in the NBA were flooded with a sea of blue.

With the new advancement of the one and done philosophy, both coaches showed what they could do to build their teams. As we got Anthony Davis and Julius Randle, they got Kyrie Irving. It will always be the same when it comes to that feud.

But, what separates them is the success. After a while, as the players increased in the league, Coach Cal painted the program to be more than it was. The slogan of “Succeed and Proceed” was formed and it got everyone on board. Then we had the feud in 2015 between Jahlil Okafor and Karl Anthony-Towns. Finally, Coach Cal and Coach K have a guy in the same class battling for that #1 spot that ended up being Minnesota’s pick. As the country knows what happened, Okafor had a lot of hype coming into the season as being the #1 playing in the ESPN Top 100. But everyone knew what he was capable of, and Anthony-Towns had the upside that everyone wanted. Throughout the year, they saw mostly every analyst make a decision saying he was the number one pick. After the season, Okafor was hoisting the National Championship, but it was Anthony-Towns getting the contract and wearing that Timberwolves hat on draft night.

The feud in recruiting has been talked about the most since people think Coach K has been crowned the best recruiter in the country. The road is still unclear what is going to happen next.