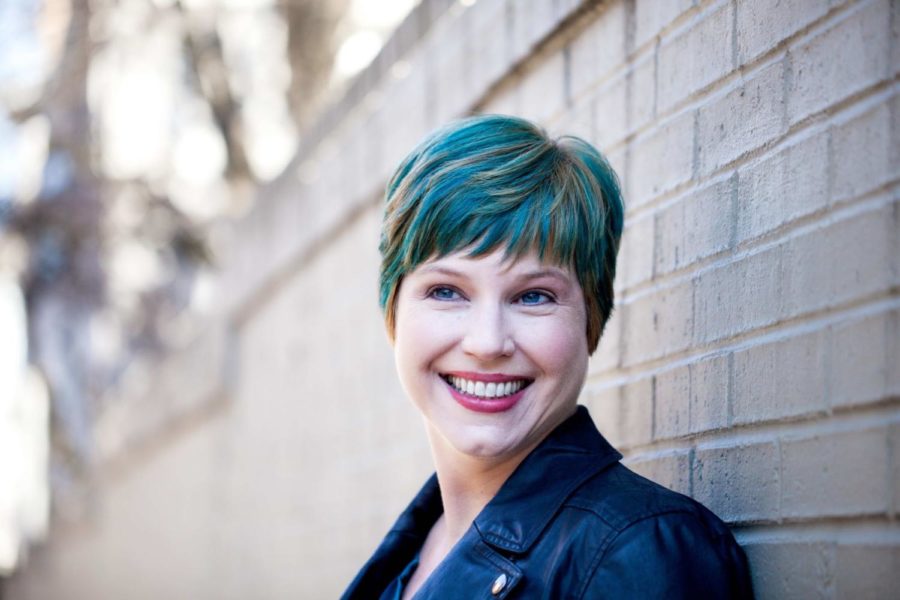 Gwenda Bond, author of the Lois Lane series, lives in Lexington, Kentucky. She posted a pledge urging authors, readers and book conventions to stand against sexual harassment in the young adult literature community.

A Kentucky author is using her online platform to bring attention and reform to sexual harassment and assault in young adult literature circles.

Lexingtonian Gwenda Bond, author of the Lois Lane series and Cirque American series, felt angry and frustrated after reading fellow author Anne Ursu’s essay detailing 90 anonymous stories about sexual harassment in children’s literature. On Friday, Feb. 9, Bond took to her own blog and called the community to action to reform these issues.

“No one should have to feel unsafe at an event in the children’s lit world,” Bond wrote on her blog post. “No one should feel like they can’t speak up or have someone to go to if they are harassed at an event. And no one should be able to get away with harassment, no matter how much of a big deal they’re considered to be.”

The blog post encourages readers, authors, book convention organizers and others to sign a pledge that book conventions will adopt clear sexual harassment policies, abide by them and publicize them to all attendees, guests and employees. The pledge is inspired by a similar pledge author John Scalzi wrote for the Sci-Fi and Fantasy literature group almost five years ago.

I’m contracted to write three YA novels in the near future. I fully intend to apply the same standard for harassment policies to kidlit as I do to science fiction/fantasy. So: Co-signed (or re-signed, in my case). https://t.co/mbxFmo8EMs

As of Thursday, Bond’s pledge has over 1,000 signees. She said she was heartened by the response and amount of people who are committed to changing things. She said that young adult literature is dominated by women, but there still is this “‘men are rock stars’ culture.” Bond said that the #metoo movement might be why this issue is coming to light now.

“I think we do all have harassment stories whether they are cat-calls and inappropriate comments or people brushing up against us at a bar or much more sinister, people belittling you at work or actual assault,” Bond said. “There is a whole gradient of comments that put you in your place as a woman.”

Ursu’s essay, which was published on Medium two days before Bond’s blog post, is the result of a collection of anonymous stories Ursu gathered through an online survey. She received over 90 responses. The essay includes situations such as an editor’s experience at a writing conference where she was unwantedly touched by older male attendees.

“These are the sort of events we’re told to brush off — they’re jokes, they’re flattering, no big deal,” Ursu wrote. “But when you believe you are a professional and someone informs you they see you as a sex object, it can shatter your sense of self and your sense of safety.”

Can we get to 1,000 signatures today? I’m leaving it open until Thursday, when the vast compiling begins. I’m not kidding when I say I thought no one would pay attention to this and I’m overwhelmed and hopeful because of your response. Time is up: https://t.co/bsALhHXrsF

Bond’s initial reaction after reading the article was to wonder where young adult fiction’s Scalzi was. Friday morning, she woke up and decided she would play that role.

“I think a lot of people think about something this big and think, ‘There’s nothing I can do.’ But for us as authors and members of this community, there are things that we can do.”

Bond said that authors and readers can refuse to go to events that lack clear sexual harassment policies, encourage event organizers to put those policies in place and put pressure on book publishers as a way of saying that they do not want these wrongful actions to occur.

Bond said she has already had convention organizers reach out to her about creating policies and finding resources to aid in that endeavor, such as the Southeastern Young Adult Book Festival’s organizers who were among the first to sign the pledge.

“I think people are going to do better,” Bond said. “The accountability of knowing that we are going to ask and demand that be done is crucial.”