UK Choristers gear up for “A Night on Broadway” 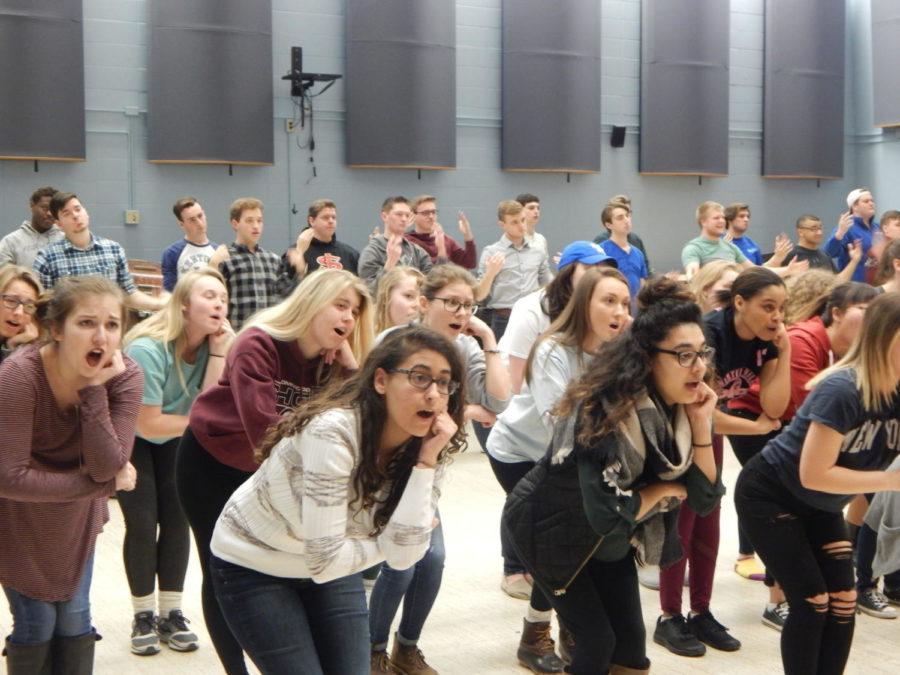 The UK Choristers practice their performance for "A Night on Broadway."

Fans of Broadway will soon be able to experience the UK Choristers bringing many classics to life again at their annual “A Night On Broadway” performance.

The UK Choristers is the longest-standing ensemble on UK’s campus, with about 70 students in total, made up of music and non-music majors.

In last year’s production of “A Night on Broadway,” the group focused on Disney classics that had been adapted for the Broadway stage. This year, the UK Choristers invite the Bluegrass community to enjoy “Every Now and Then.” This theme features songs from the 1960s and earlier to current Broadway hits, such as “West Side Story,” “Oklahoma,” “Hamilton,” “13” and many more.

The UK Choristers have been working on the show for six weeks. They held auditions for solos prior to winter break. Once school was back in session, they hit the ground running, learning the music before introducing the choreography towards the middle of January.

When auditioning for solo acts, students were asked to prepare a song that worked with the theme of the show. The strongest songs were pulled and prepared for the big night. Normally, a third of the 40 solo auditions are taken.

Elizabeth Wilson is the conductor this year’s show. She also worked on the two previous shows. This makes her third year working on “A Night on Broadway.”

“These students get so fired up about this performance every year,” Wilson said. “I have grown to look forward to it very much and I really do love the process.”

The students have been working day in and day out to make this a great show.

“I feel very fortunate to do this for my job,” Wilson said. “I really hope that there will be a great showing of the student body in the audience.”

Admission to the UK Choristers “A Night On Broadway” is $10 for all UK students with a valid student ID, $25 for general admission and $35 for VIPs. A processing fee will be added to the purchase during the transaction. Tickets are available on the Singletary Center’s website.